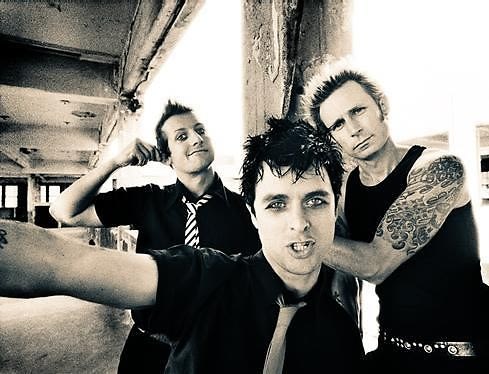 Do you like Green Day? Statistically speaking, that's an automatic "yes," given that the pop-punk trio has sold about a gazillion albums since 1994's Dookie, the first CD that just about everyone my age ever bought. Of course, while success is great for a band's bottom line, it tends to change things: even if they're still making great music, it's pretty tough to watch them play live without shelling out three figures for nosebleeds in a gigantic arena. All of which is why it's even cooler that Billie Joe Armstrong and the boys are playing the 700-person Echoplex tonight in a just-announced surprise show. And you can still get tickets.

We're going to keep this one short so that you have time to prepare yourself, but the news broke yesterday that Green Day, who I think we can safely call one of the biggest bands of the last 20 years, will be rocking the relatively miniscule Echoplex tonight on extremely short notice to build anticipation for the trio of new albums (titled ¡Uno!, ¡Dos! and ¡Tré!) that they plan to release in September, November and January, respectively.

The best part is, tickets have not yet gone on sale, so you have just as good a chance as anyone else of making it to this once-in-a-lifetime show tonight. Tickets go on sale at exactly 10 a.m. (PST), on the Echo's website. It goes without saying that they will sell out instantly, so if you want any shot at this, you're going to want to start repeatedly refreshing the page at about 9:50.