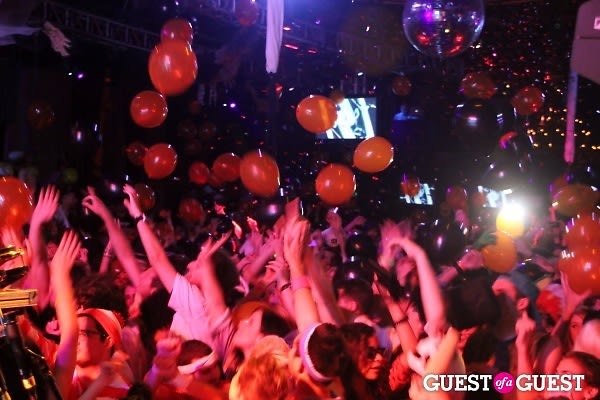 Go HERE for more photos and tag yourself and your friends

In honor of its 6th Annual Halloween bash, Collaborative Media threw a beat-thumping costume party at Vanguard. Does anybody remember when that place was kind of cool? Those were the underage years. Maybe before your time. Since then, Vanguard has politely assumed its role as the place to throw a very big party with loud live music. The last time I was there, it was a Snoop Dogg record release event and that was just perfect. That's why it was an ideal setting for a Bag Raiders show. 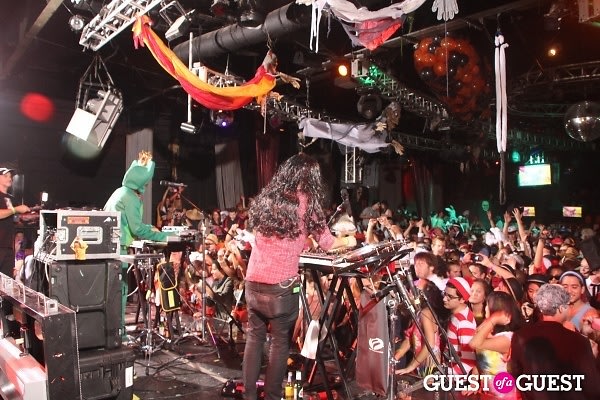 Perhaps you know Collaborative Media better as the good people who helped make Pacific Festival possible. As we learned a few months ago, they obviously know what they're doing when it comes to producing shows, especially those of the electronic persuasion. For this year's Halloween throwdown, they had Classixx, Cosmic Kids, and Tropicool on hand to provide the dance beats. Plus a pretty insane set by Australia's remix masters, Bag Raiders. The performance featured Chris Stracey in a full-body frog prince costume and overhead trapeze ladies. These are obviously the ingredients to a very special Halloween night. Oh, and balloons don't hurt, either. 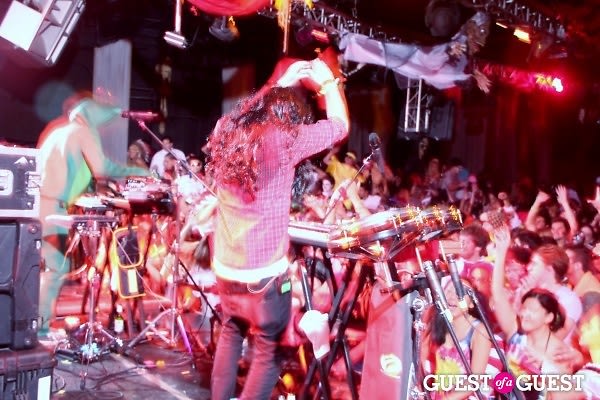 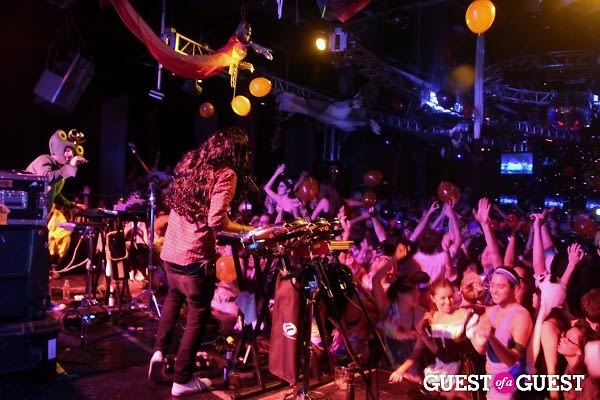 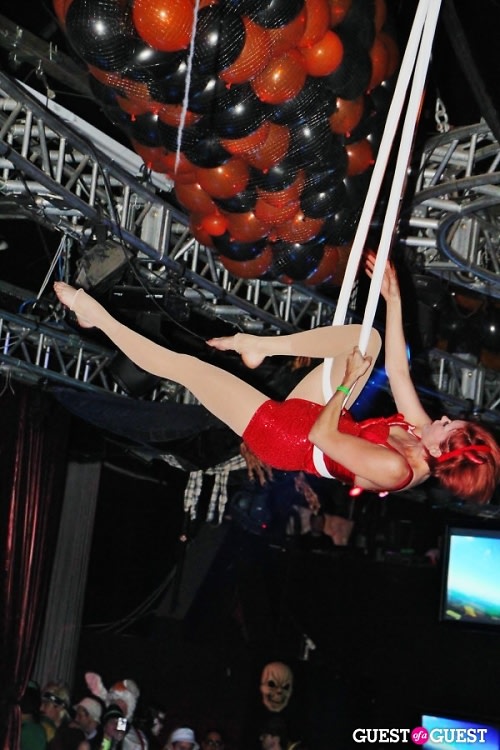 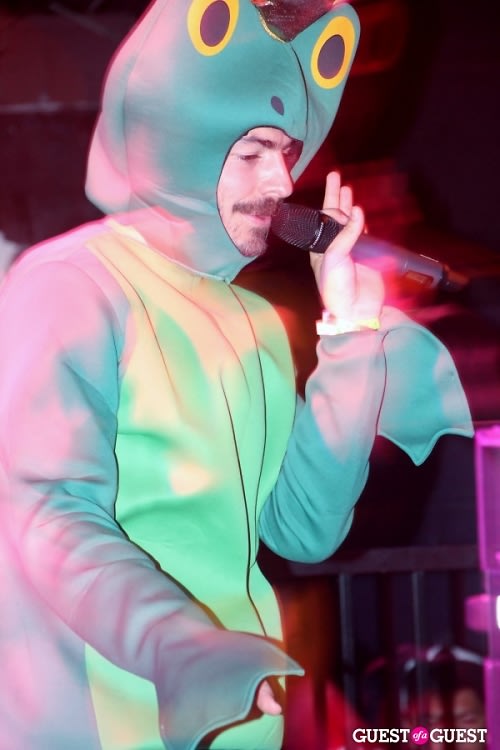 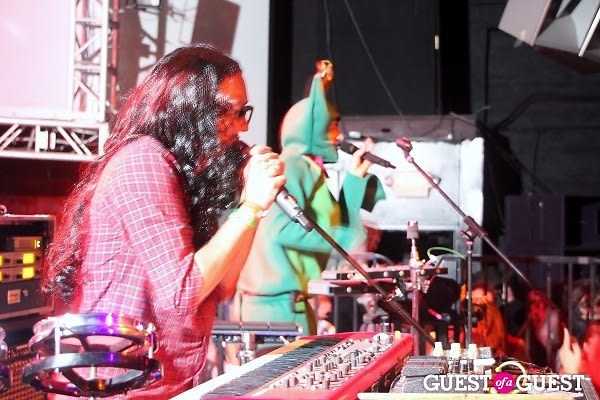