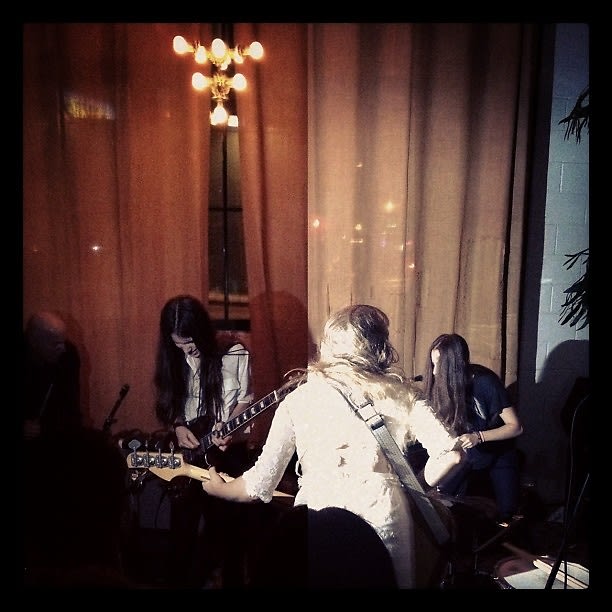 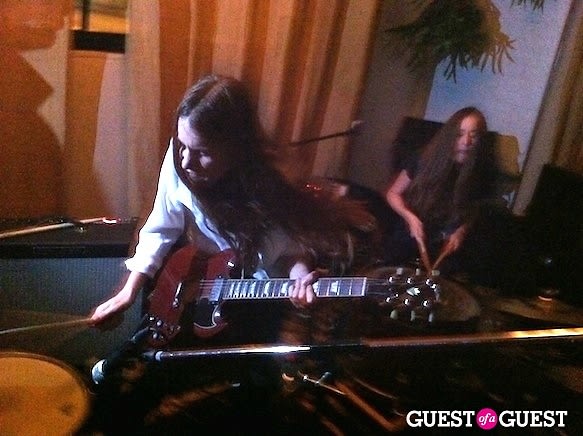 Fresh off their performance at Sunday's Hudson Block Party to the swaggering drunk delight of thousands and dismay of a few disgruntled neighbors, last night the sister trio from L.A. known as Haim performed at Palihouse in West Hollywood. The special evening music event sponsored by Kanon Vodka and Nudie Jeans featured a raw and impressive acoustic set that, for better or worse, inspired many in the audience with absolutely no musical ability to want to start a band. Or maybe that was just me? 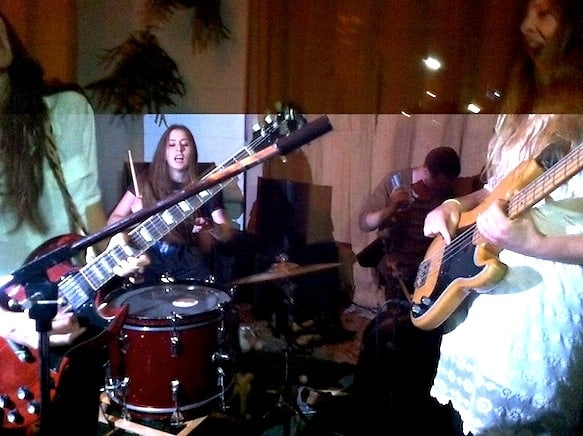 The sisters Haim (that's their real last name, pronounced HY-im) took the floor around 10:30 for an intimate live performance inside the Palihouse lounge. With much buzz surrounding the band in the last few months following their feature in Vogue and SXSW show, Haim seems to be on the tips of many a tongue of late and now we know why: they kill it. With Mama and Papa Haim's musical background, the girls, whose ages span 19-24, have true, unadulterated rock talent pumping through their veins. I'm serious; these three cute Jewish girls can bring the noise like no one's business (unrelated side note: not only is Lou Reed is a Jew, he would have been Lou Rabinowitz had his father not changed their last name). 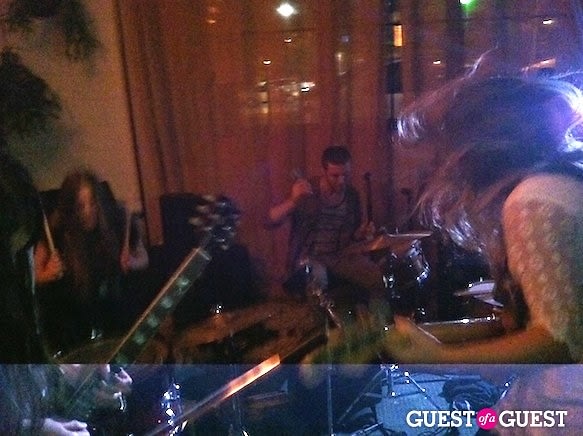 Led by Danielle Haim, 22, the show opened with her quick and quiet singing à la Joni Mitchell until she transitioned and threw down on the guitar and mic like a modern folksy rock beast. Alanna on drums and Este covering bass followed her lead to put on a 30-minute set that left the crowd of boys an girls hungry for more. Although there was no official encore, Este did bust out some awesome white girl freestyle rap that prompted Papa Haim to get on the drums for a hot minute which was pretty rad.

These girls are blowing up right now, and for good reason. We suggest you check them out if you can at one of their upcoming local shows. 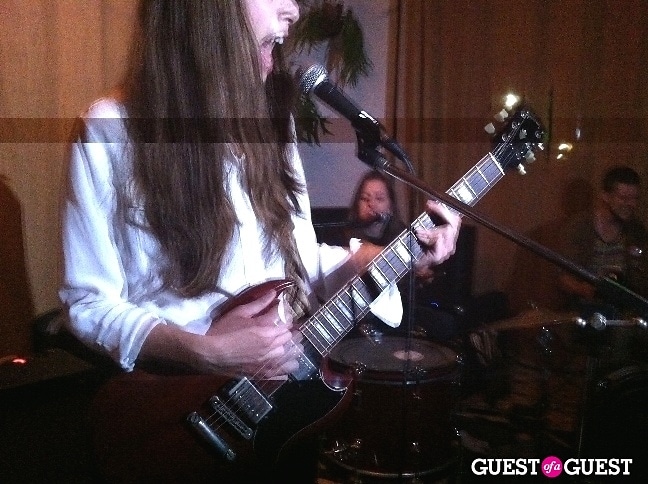 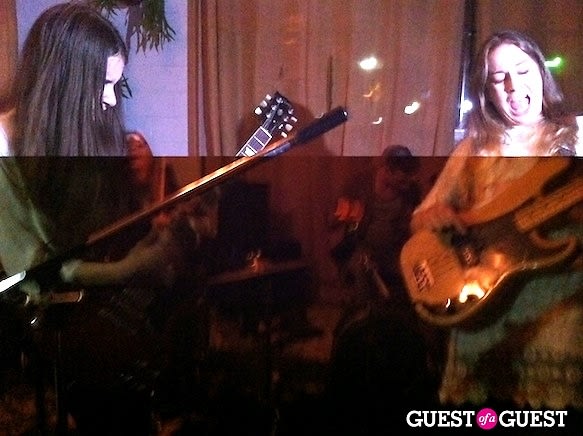