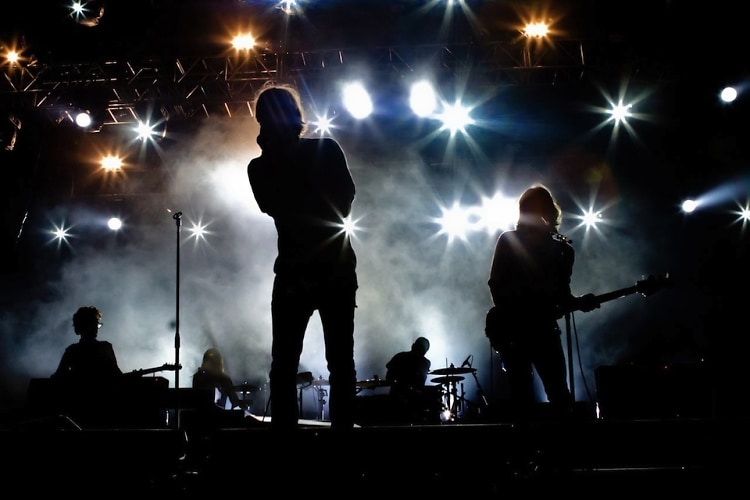 Coming back for its fourth year, FILTER Magazine's annual music weekend takeover of Echo Park known as Culture Collide just released an exciting early lineup with Phoenix, Dinosaur Jr. and the The Raveonettes as headliners for this year's event. Though a complete lineup for the four-day celebration of music from all over the world is still TBA, check out the other artists confirmed to play when the music festival returns to venues scattered across the east side in October. [Phoenix photo via] 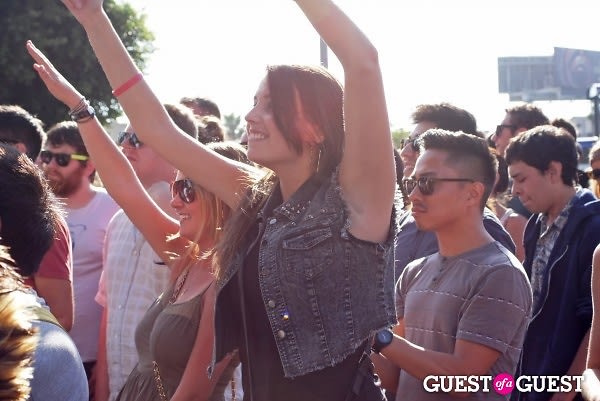 FILTER Magazine's fourth annual Culture Collide music festival will get a superstar jump-start  this year from Phoenix and Dinosaur Jr. launching to the jam-packed weekend of live music at the official Kick Off Show on October 9th. The annual event brings together musical acts from all over the world for a four-day showcase from October 9th-12th held at east side venues such as Taix, The Echo and Echoplex.

While a single $20-$30 ticket gives you access to all four days of Culture Collide, $49.50 tickets to the Kick Off show on the 9th at the Los Angeles Sports Arena with Pheonix and Dinosaur Jr. must be purchased separately. Go HERE to for more info Culture Collide, Pre-Sale (happening now!) and more ticket and event details.

Other confirmed artists for Culture Collide 2013 include Miami Horror, King Khan & The Shrines, Iceage, Plastic Plates, plus many more to be announced. See the flyer below for the all confirmed artists thus far: 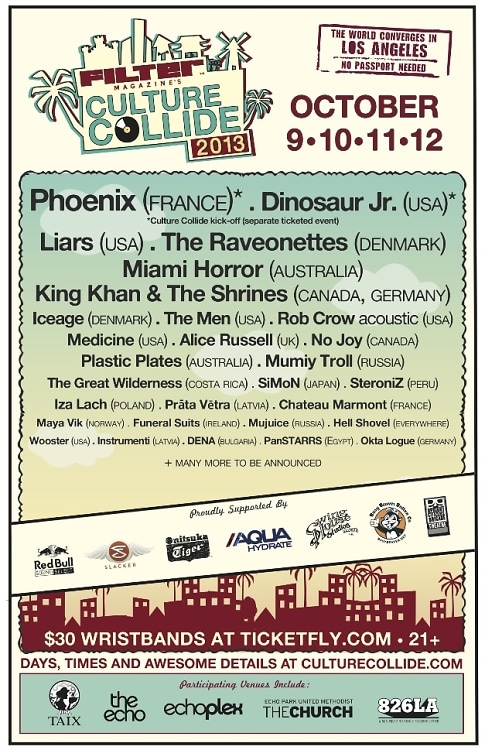