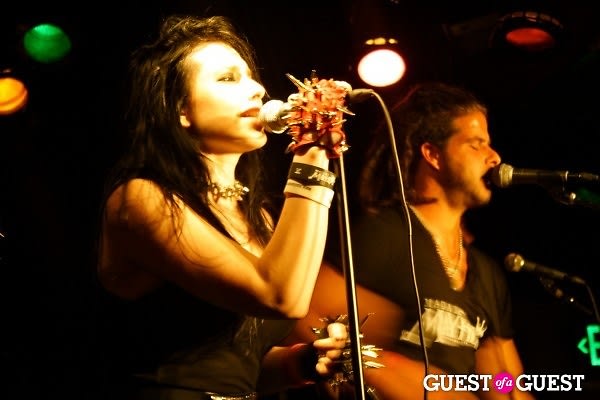 Go HERE for more photos by Meghan Wilson and tag yourself and your friends!

The Viper Room occupies a unique place in L.A. rock history, even for the Sunset Strip. It's not nearly as old as you think it is, but has still hosted a cavalcade of our most famous rockers, actors, and scenesters and (partially due to some tragic early deaths and incidents) is one of the few L.A. clubs that still carries a whiff of actual danger. Basically, it's the perfect place to see Madame Mayhem, an up-and-coming rocker with the noble goal to bring the attitude back to popular music. 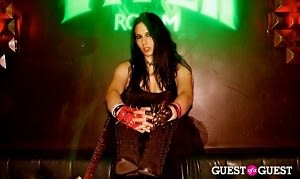 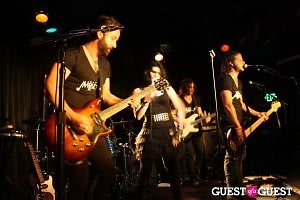 Madame Mayhem, or Natalie Ann Cohen as she's known to her friends, is a young singer-songwriter originally from Manhattan who has singing, dancing and acting training. After being discovered on Z100  radio's 2011 New Discovered and Uncovered feature, she put together a band and started performing around NYC. 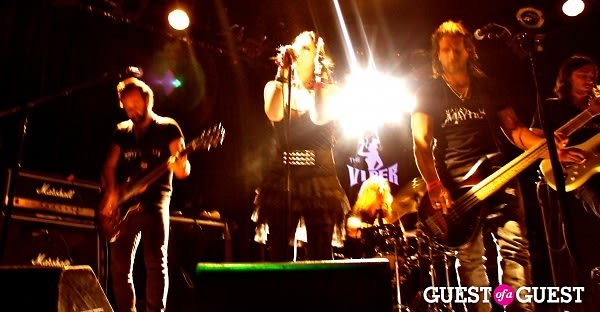 Since starting to play out in L.A., Madame Mayhem's played the Playboy Mansion and shared stages and jam rooms with rockers like Lita Ford, Paul Stanley and Vince Neal. And for this big show at The Viper Room, a stage that's hosted legendary rock stars from Tom Petty to Tom Waits, Mayhem had a very special tribute: former club owner Johnny Depp's personal guitar. How she got her hands on it was slightly unclear, but what was crystal clear was Madame Mayhem's strong desire to pay homage to the short but intense history of The Viper Room and bring the danger, and the excitement, back to the Sunset Strip. 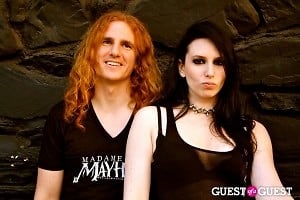 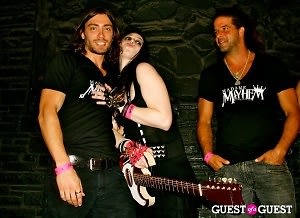 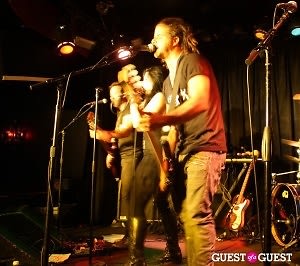 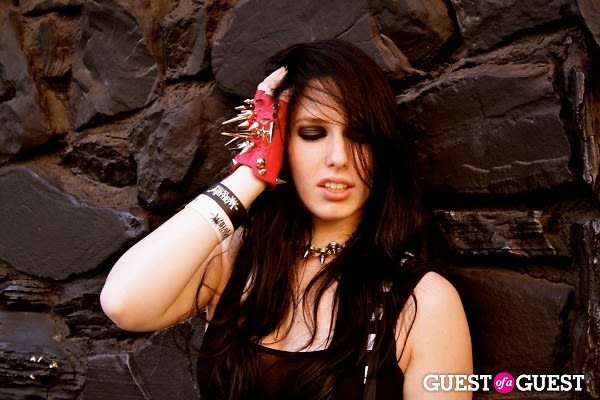 Is a world currently obsessed with bubblegum pop and electronic dance music ready for some real rock n' roll attitude? Let's hope so, because we certainly are.