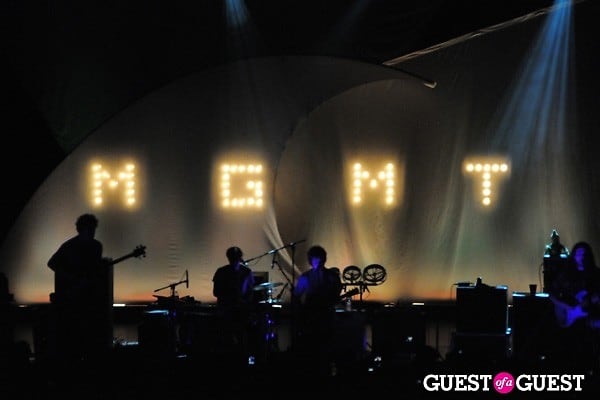 Friday night's MGMT show at The Greek reminded us of why it's always been our favorite concert venue in town and the reason we love, love, love outdoor summer shows. The band played a packed house filled with an audience reminiscent to that of Coachella (probably because many were in fact at festival in the desert) performing songs from both Oracular Spectacular and their sophomore album, Congratulations. 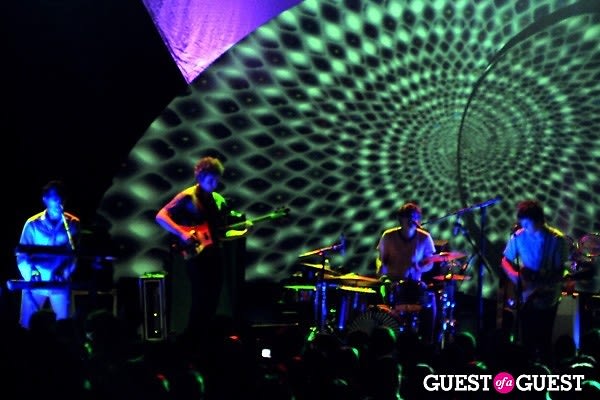 Those in seated sections didn't actually take their seats, preferring the aisles where there's more room to jump and dance. The familiar aroma of Cali's finest kind herbals permeated the warm summer air throughout the venue under the stars and surrounding trees of Griffith Park.  That's actually one of the greatest things about the Greek: you're up in a forest, where L.A.'s urban sprawl feels remote, yet sits just below at the foot of the hill. 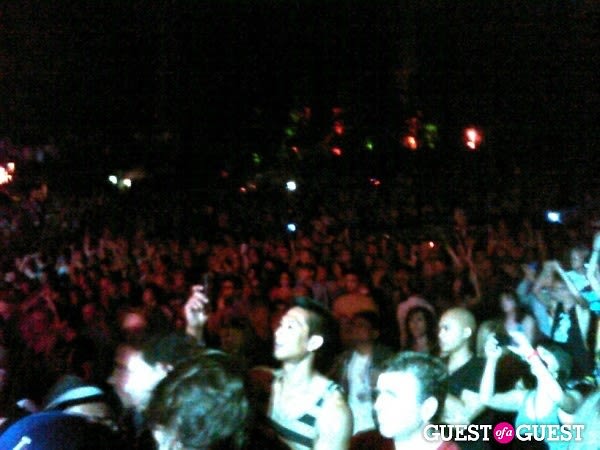 Tickets in the pit were ace, with plenty of room to roam about the area immediately in front of the stage.  A gaze back at the crowd behind made you feel as if you had almost the same vantage point as the band, with the whole twinkling mass of beer-sipping, cheering and dancing Angelenos staring back you. Stick your arm out and you'd be touching the very floor Ben Goldwasser and Andrew VanWyngarden stood upon as they captivated the the entire theater. In fact, throughout the show, people from the pit hopped up on stage to dance and have their moment before swiftly hopping back down or being escorted off by a roadie as friends in the audience cheered. 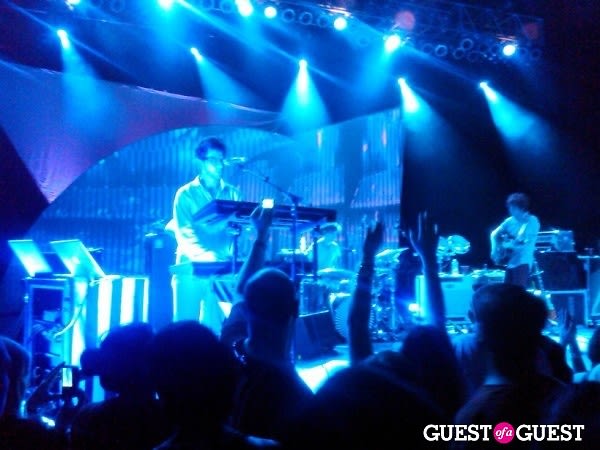 MGMT ended their set with "Kids", a finale we all knew wouldn't take, and moments later reemerged in front of the crowd for a few more songs. It was, hands down, one of the greatest concert experiences you'll get in L.A. and, although nothing really compares and we'll have to wait until next spring for the real thing, brought us back a little taste of our beloved Coachella weekend.