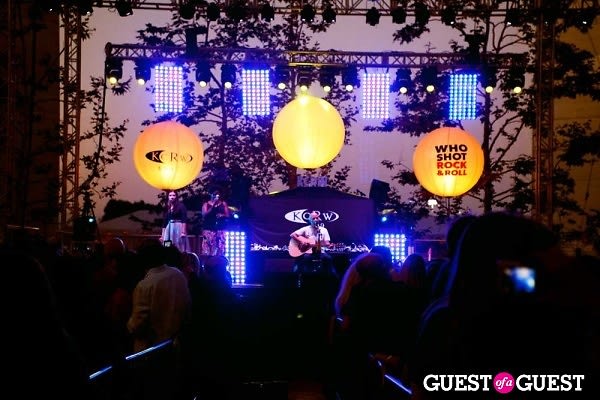 Go HERE for more photos by Erada and tag yourself and your friends!

As we've been noting recently, we love summer because it really lets event planners up the ante. Why have a regular pool party when you can have a famous musician DJ'ed theme bash? And by that same logic, why have a regular concert when you can combine it with a Rock & Roll photography exhibit and hold it outdoors and surrounded by skyscrapers? That last one is the logic behind Who Shot Rock & Roll, a new KCRW-sponsored free outdoor concert series in Century City to accompany the group photo exhibit of the same name at the Annenberg Space For Photography, and it kicked off last Saturday with a pretty major night, featuring two sets from Moby. 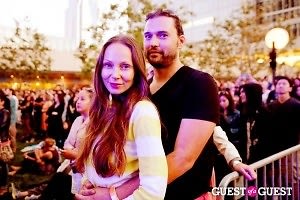 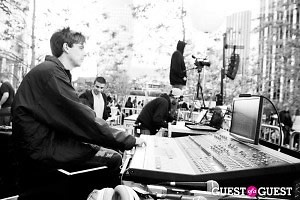 The brainchild of KCRW's Music Director (and DJ extraordinaire) Jason Bentley, the Who Shot Rock & Roll concert series is the ideal accompaniment to the exhibit itself, which bills itself as "the first major museum exhibit on rock and roll to spotlight the creative and collaborative role that photographers have played in the history of rock music." A lofty goal, to be certain, but with so many dynamic and iconic images to select from the last 47 years (the exhibit spans 1955-present), it's a perfect concept. 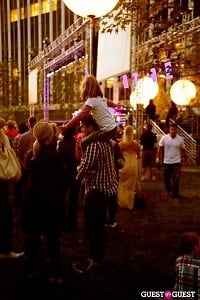 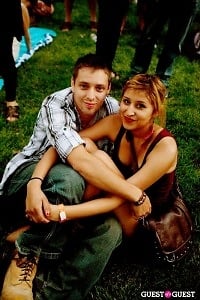 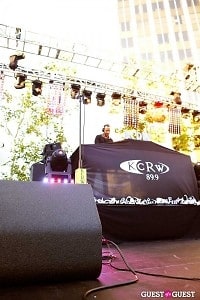 And with Bentley and Moby providing the music, the 4,000-person crowd (sadly, thousands more who RSVP'ed on the website had to be turned away on the orders of the Fire Marshall) was left thoroughly entertained. And Moby wasn't content to simply play the hits, either: he delivered a dynamic two-set performance, with the first half an acoustic guitar-led session where he played an eclectic selection including  a stripped down version of his own "Porcelain" and a cover of the Kris Kristofferson-penned, Janis Joplin-associated "Me and Bobby McGee". For his second set, he got behind the sound equipment and threw, as he referred to it, "a big fuck-off rave party." Who says vegans can't have attitude? 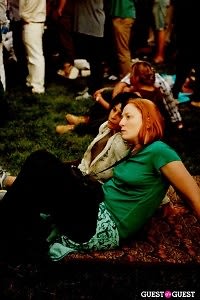 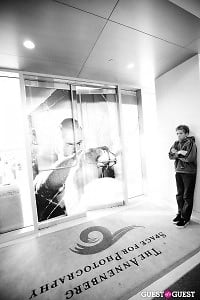 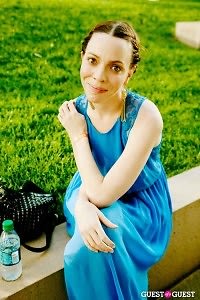 If you happened to miss this one, or were one of the unfortunate souls turned away after they reached capacity, don't despair, because there's two more amazing shows lined up. This upcoming Saturday (July 21st), Alaskan psychedelic rockers Portugal. The Man headline a celebration of classic British 70s rock band T. Rex, and the evening will also feature the release of KCRW's T. Rex vs KCRW Soundclash EP, which features KCRW DJ remixes of T. Rex songs. Then, on August 4th, Raphael Saadiq and Band of Skulls will be playing in celebration of the release of Chimes Of Freedom: The Songs Of Bob Dylan, a cover album to benefit Amnesty International.

You can RSVP, free, for both events by going here. Hopefully, we'll see you there?