Your Look Inside The L.A. Kings Victory Parade And Staples Center Rally 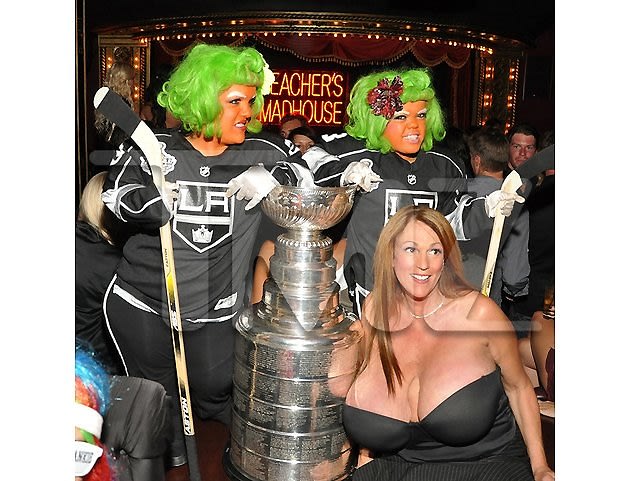 BONUS!!! We know that each player on a Stanley Cup winning team gets to take the Cup back to their hometown, and that many hockey players are from Eastern Europe, so the Stanley Cup has probably seen some crazy shit before (and perhaps even been on a human hunt- Eastern Europe is crazy). But this has got to be just about the strangest thing that's ever gone down in public on American soil with the Cup involved: a trip to Hollywood's favorite freak show, Beacher's Madhouse, that featured Oompa Loompas in Kings gear, UFC fighter Chuck Liddell, David Beckham, and, um, this girl with giant, terrifying boobs. Just another night in Hollywood. [photo via TMZ]
11 of 11