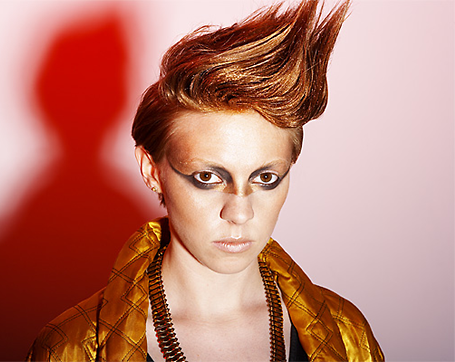 Grammy award winning group La Roux is making their way to Los Angeles for a show this week before heading back down to Indio next weekend for round two of Coachella. They blew us all away this past weekend, but if you missed it, you still have another chance to see them because we're giving away one pair of tickets to see La Roux at the Fonda Theatre Thursday, April 18! If you're not familiar with La Roux, they're a techno pop group composed of Elly Jackson and Ben Langmaid. The duo, who crossed the pond from the U.K. to play their tunes in Cali came up with their moniker from singer Elly Jackson's red hair and tomboy look. La Roux may seem avant garde, but can claim true music cred by working with artists like Kanye West and Nile Rodgers. Oh, and there's that Grammy La Roux took home for their debut album, Eponymous, in 2011. See below for the super easy rules to enter the giveaway! [Top photo via] 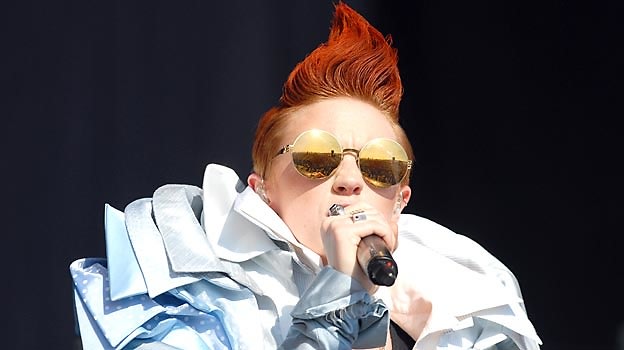 All you need to enter for a chance to win one pair of tickets to La Roux (courtesy of our good friends at Goldenvoice) on Thursday, April 18th is a Facebook or Twitter account. Just head to the Guest of a Guest Facebook page, make sure you 'like' us and tag yourself in this photo, and/or follow us on Twitter and Tweet @GofGLA telling us why you should win (doing both ups your chances)! If you're a huge fan, you should try to convince us to choose you in a comment underneath the Facebook photo too. We'll pick our winner TODAY, Wednesday, April 17th so hurry up and enter!