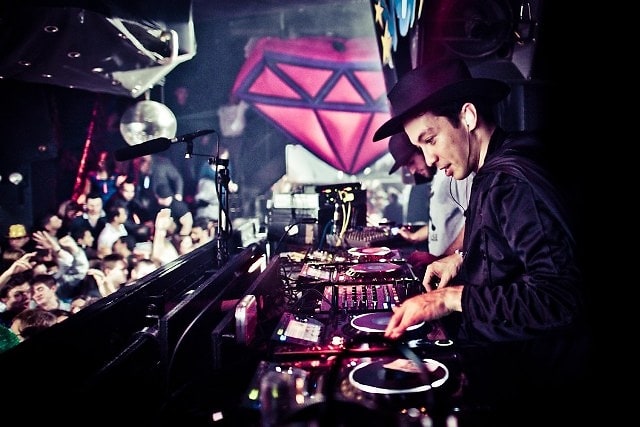 If you've been paying attention, you noticed that we've been jibing with electro artists lately. Last week we gave away some sweet Tiësto tickets (and Flosstradamus ones for good measure). Today is the last day to enter to win tickets to Laidback Luke's Thursday, March 7th show at Fox Theater Pomona. We have two pairs, so your chances are doubled!

Laidback Luke is a talented Filipino/Dutch DJ and producer who has worked with some of the most respected producers in the industry, David Guetta and Steve Angello among them. He has been recognized in the industry with several nominations: most recently, Best European DJ at the 27th Dance Music Awards. Known for his electro house sound, he has received considerable acclaim with each studio album release. See below for the super easy way to enter the giveaway! [Top Photo via] 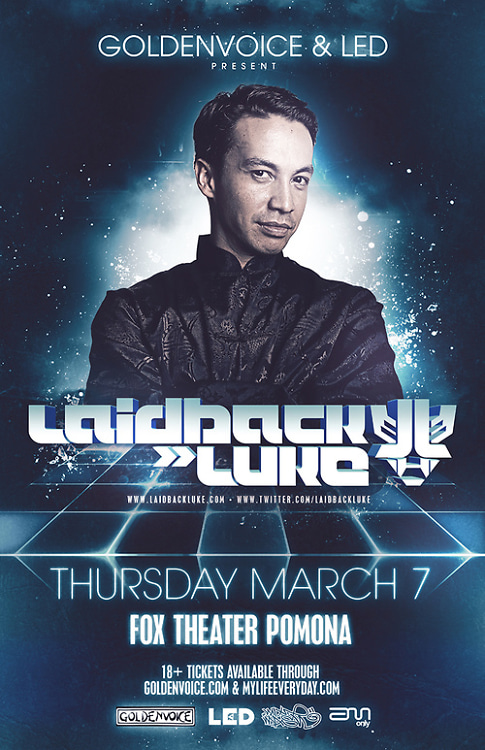 All you need to enter for a chance to win a pair of tickets to Laidback Luke (courtesy of our good friends at Goldenvoice) on Thursday, March 7 is a Facebook or Twitter account. Just head to the Guest of a Guest Facebook page, make sure you 'like' us and tag yourself in this photo, and/or follow us on Twitter and Tweet @GofGLA telling us why you should win (doing both ups your chances)! If you're a huge Laidback Luke fan, you should try to convince us to choose you in a comment underneath the Facebook photo too. We'll pick our winners TODAY WEDNESDAY, March 6 so hurry up and enter!

If you don't feel like taking a risk but still want to get in on the action, you can still buy tickets right here. Stay tuned to Guest of a Guest L.A. and the @GofGLA Twitter for amazing giveaways just like this one! [Bottom Photo via]