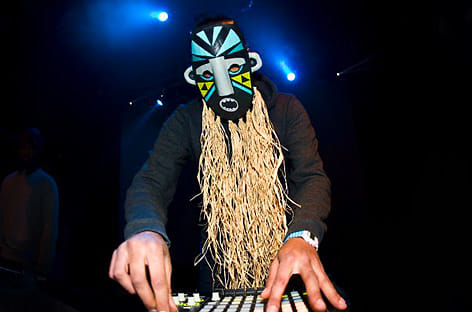 Summer may be over, but some of the best concerts of the year are happening this month! In fact, we want to make sure you take part in it, so we're giving away two pairs of tickets to SBTRKT's Sunday night show at Club Nokia on October 14th!

SBTRKT is the stage name of London based producer Aaron Jerome who uses his persona and name to support the concept of anonymity à la Daft Punk (he wears masks and all, though his are of the tribal kind). People like to argue over whether SBTRKT's sound is techno, neo-garage or dubstep, but we don't care as long as we're dancing to it and you should be too! Odd Future's Syd the Kid and Brooklyn based singer-songwriter Kilo Kish are playing sets before SBTRKT takes the stage and it's sure to be a pandemonium filled dance party. Read on to find out how easy it is to enter the giveaway! [Top photo via] 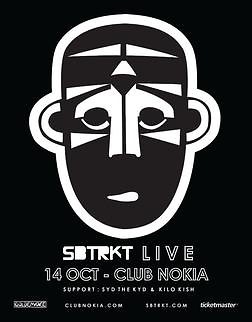 All you need to enter for a chance to win a pair of tickets SBTRKT's Club Nokia show (courtesy of our good friends at Goldenvoice) is a Facebook or Twitter account and just head to the Guest of a Guest Facebook page, make sure you 'like' us and tag yourself in this photo, and/or follow us on Twitter and Tweet @GofGLA telling us why you should win (doing both ups your chances)! If you're a huge SBTRKT fan, you should try to convince us to choose you in a comment underneath the Facebook photo too. We'll pick our first winner TODAY, Thursday, 1pm PST and our second winner by Friday, 1pm PST so hurry up and enter!