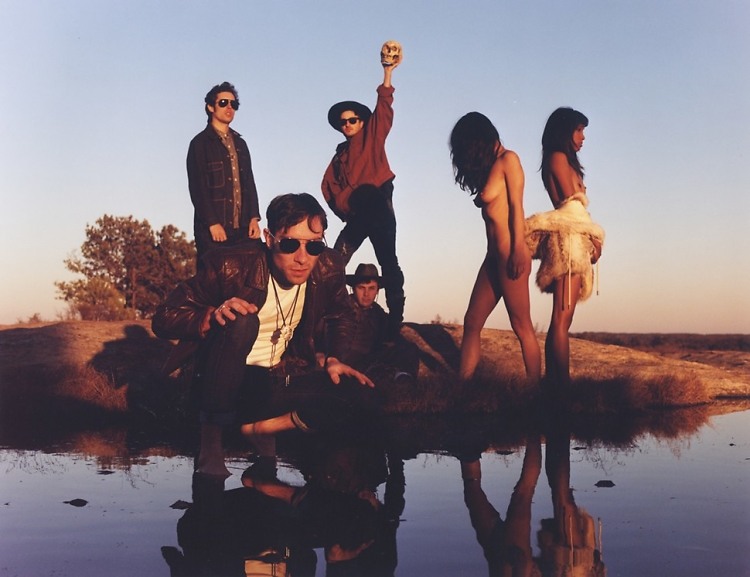 The Black Lips are known for a slightly rough, sexy indie sound and onstage theatrics. If you're a fan of these Atlanta natives, then you know The Black Lips are headlining a THURSDAY, March 21st show at El Rey along with opening acts Beach party and Night Beats. You can probably guess what's coming next: we've got one pair of tickets for one lucky reader!

The Black Lips are known for their outspoken attitude and mischievous ways, and you gotta love them for it. After all, isn't rock supposed to be a little controversial? After being featured in Rolling Stone Magazine and The New York Times, The Black Lips is starting to get some real recognition. Not to mention their show is supposed to be wild. Don’t miss your chance to see what the hype is all about! See below for the super easy rules to enter the giveaway! [Top photo via]

All you need to enter for a chance to win one pair of tickets to The Black Lips (courtesy of our good friends at Goldenvoice) on Thursday, March 21st is a Facebook or Twitter account. Just head to the Guest of a Guest Facebook page, make sure you 'like' us and tag yourself in this photo, and/or follow us on Twitter and Tweet @GofGLA telling us why you should win (doing both ups your chances)! If you're a huge fan, you should try to convince us to choose you in a comment underneath the Facebook photo too. We'll pick our winner TODAY, WEDNESDAY, March 20th so hurry up and enter!