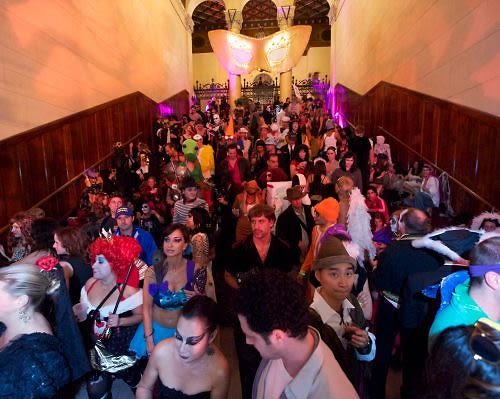 All you scary ghouls and goblins better get ready! Halloween falls on a Thursday this year, so some of the best blowouts scheduled the weekend before All Hallow's Eve officially hits...including one of our personal favorites, KCRW Masquerade 2013 ball and dance party on Saturday, October 26th at Downtown's Park Plaza Hotel! Read on to find out how you can attend the spectacle.

KCRW's benefit masquerade is known for going way beyond your average Halloween party. First off, it's set in the legendary Park Plaza Hotel in Downtown L.A., which is the perfect place to host a spook fest like this one. The Gothic Revival styled hotel was built in the '20s and has The Shining written all over it. Even David Lynch made use of it by filming a gory murder in the great hall for cult classic film Wild At Heart, so you KNOW it's the perfect spot for a Halloween spectacle. The party is going down throughout five themed rooms, and they're bringing out performance troupes, costume contests, food trucks, ghost stories, and of course 15 of KCRW's DJ's and special guests. 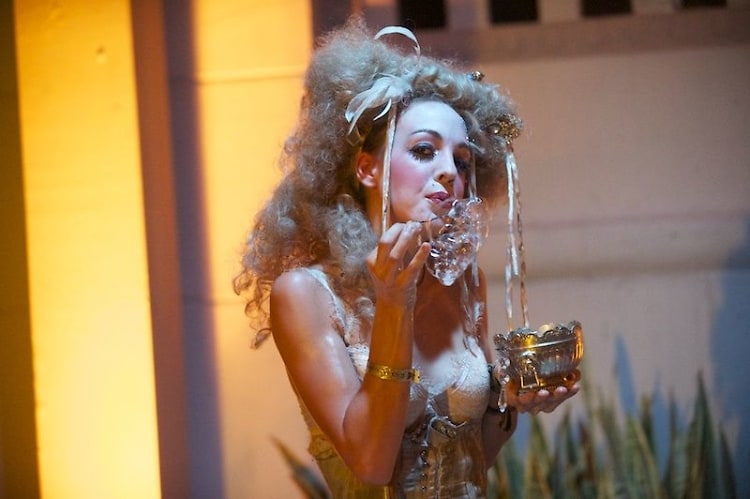 Every year without fail this party SELLS OUT, and they've released a few more tickets so get on it before they're gone! Purchase tickets HERE.