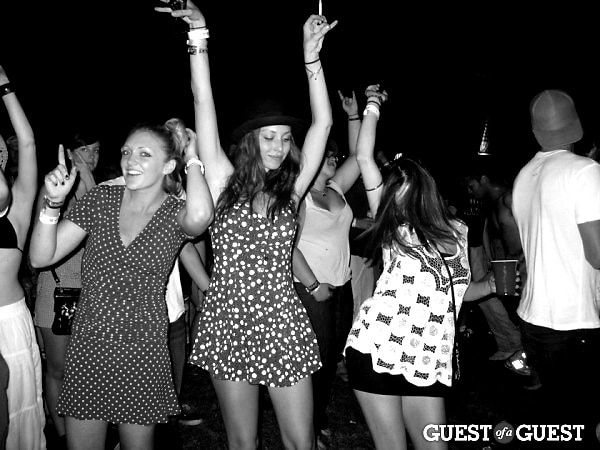 Dear Coachella-goers, we know this is the most important information for your Coachella weekend, so stop fronting like you care more about the set times. Most of you are only going for the parties anyway, right? Right. Cool. We'll see you there, er, we'll be there, we won't necessarily see you though because our eyes may be under-performing... We know it's not in your nature to plan ahead and we've made the spontaneous game-planning for where to get your face melted easy with this comprehensive guide to all the parties in the desert this weekend. Well, most of them, some we can't really talk about and you probably already know about them anyway. So let's go be fake hippies for a few days and then be obnoxious by talking about what an A-Mazing time we had for the rest of the year. Here's Your Official Coachella 2011 Weekend Party Guide!

When: Thu-Sat, April 14-16 Filter teams up with T-Mobile to kick off Coachella the night before and continues through the weekend. [Details] 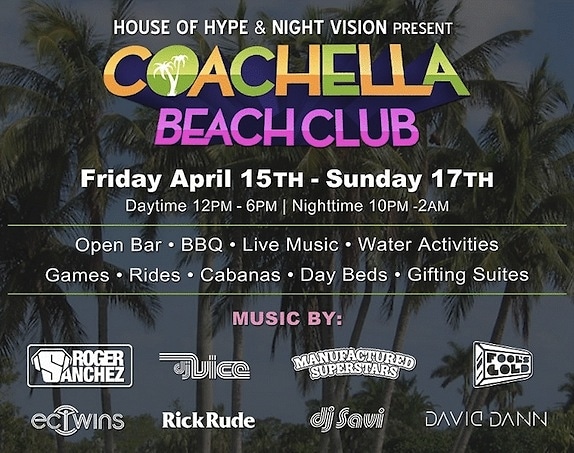 When: Fri-Sun, April 15, 16 & 17 Where: Coachella Beach Club (a five-minute walk next to the festival grounds) A 15-minute drive from the festival, this weekend-long party will feature BBQs, volleyball, water slides and boasts a stacked DJ lineup, dinners by STK, nighttime Cosmopolitan Lounge and more. [Details]

When: Fri-Sun, April 15-17, 12-6pm daily Escape the desert and party like a rock star. pool side drinks, interviews, and more. presented by DubFrequency (Fri), Interscope (Sat), and Rock The Vote (Sun). With special live performances and DJ sets. [Details] 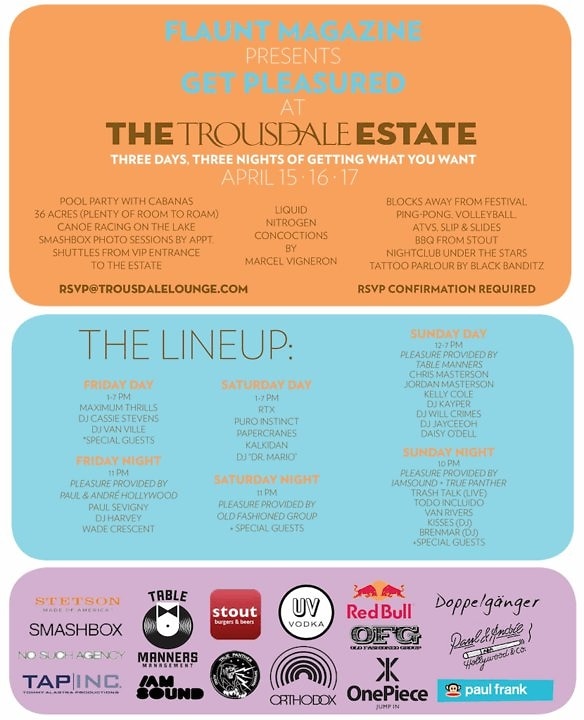 Flaunt Magazine Presents Get Pleasured at The Trousdale Estate 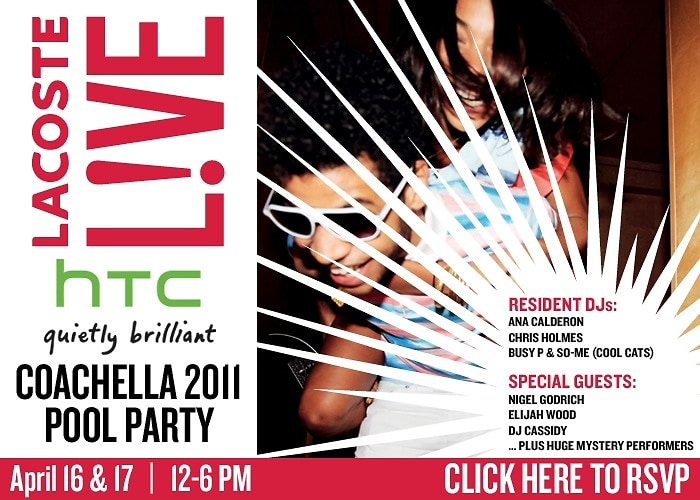 Lacoste LIVE With HTC Invite You To Coachella Pool Party

A Club Called Rhonda Under The Sun

When: Sat, April 16, 3-8pm Where: Ace Hotel Scion & Rhonda come together to bring you an oasis for house, disco and polysexual hard partying featuring music by Tensnake, Azari & III and more. [Details] 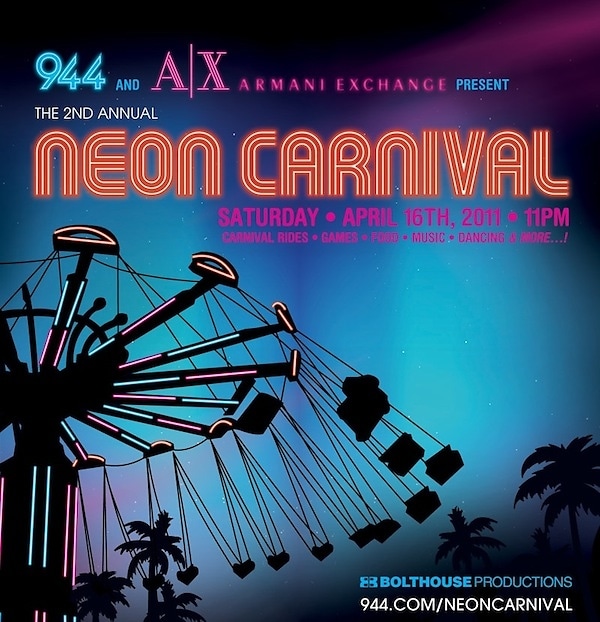 When: Sat, April 16, 10pm-2am Where: Space 120 SMOG Coachella after party when the shows are over, featuring special secret guests. [Details]