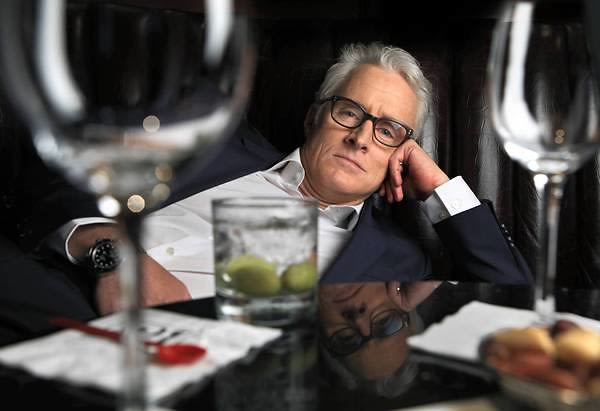 Originally purchased for roughly $7,000, a gorgeous, super rare, prewar 1936 Mercedes-Benz 540K Special Roadster once owned by Baroness Gisela von Krieger is expected to go for at least $10 million and may even break the $16.4-million record for any car bought at auction when it goes up for dibs Sunday at the Gooding & Co. auction. [LATimes]

Undercover Silver Lake hipster/silver fox/Roger Sterling/actor John Slattery will be in several of the 10 episodes comprising the upcoming fourth season of "Arrested Development" debuting on Netflix next year. We are doing backflips in the office at this exciting news. [HuffPo]

U.S. Customs in L.A. seized over 20,000 pairs of fake red-soled Christian Louboutins shipped from China estimated would have sold for roughly $18 million. [KTLA]

Rihanna sobs to Oprah in an interview to air Sunday on OWN as she opens up about Chris Brown saying he needed help and that she was more concerned for him than anything regarding that time he famously went all Ike Turner on her ass. [Radar]