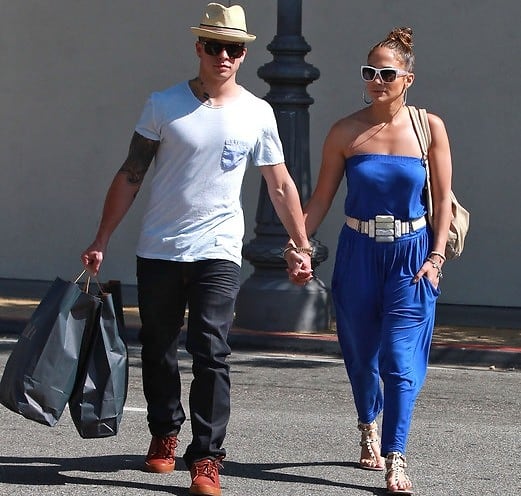 Another violent incident at Dodger Stadium: four male suspects are arrested in connection with the beating of a man in the parking lot of Dodger Stadium last night, pulling him from his car and attacking him following a minor car collision in the lot after the game. [KABC]

After more than nine years of dating, Mark Zuckerberg and longtime girlfriend Priscilla Chan get married in a surprise wedding at their Palo Alto home. [E!]

Jennifer Lopez and her 24-year-old boyfriend (she's 42) Casper Smart ditch the Billboard Music Awards in Vegas yesterday to gallivant around L.A. in a white Bentley and go shopping at The Grove because they're really down to earth and normal. [Radar]

Disco loses another icon of the era with the death of Robin Gibb, 62, one-third of the Bee Gees who lost his battle with cancer yesterday. [TMZ]

California Mystery Weed Update: Authorities recover around 160 unspoken for bales of marijuana amounting to roughly four tons floating in the ocean 13 miles off the coast of Orange County. [KTLA]