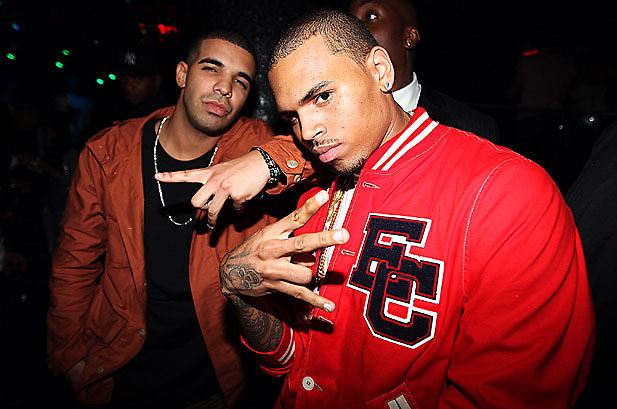 In case you weren't lapping up each new up-to-the-minute detail as it surfaced yesterday in the astonishing Drake vs. Chris Brown NYC bloody nightclub brawl like we were, here's a breakdown of that whole breathtaking mess. [Radar]

The Obama administration announces a new policy wherein it will not deport young illegal immigrants who came to the US before age 16 and have since been leading law-abiding lives. [KABC]

And here's a video capturing a throng of angry mothers throwing down in a classroom at their children's recent preschool graduation ceremony at a South L.A. elementary school like a scene out of the "Bad Girls Club." [KTLA]

Despite years of innumerable public nip slips, topless photos and crotch shots, as well as her nude Playboy spread last year, Lindsay Lohan is getting cold feet about starring in Bret Easton Ellis' The Canyons because of the nudity in the sex scenes... [PageSix]

Last night Aretha Franklin made an impressive eat-and-run stop at the President Obama fundraiser dinner hosted at Sarah Jessica Parker's NYC home leaving the $40,000 a-plate event after being inside for just 20 minutes. [TMZ]