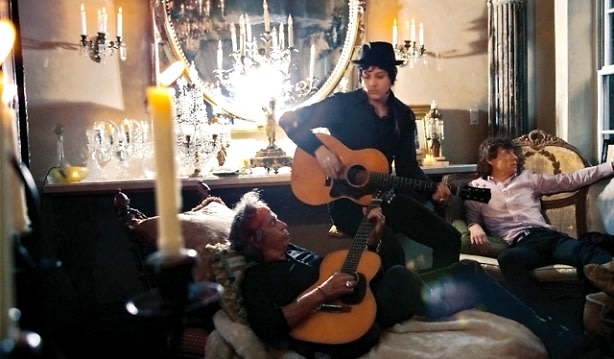 The east coast owners of Madison Square Garden who purchased the long forlorn Forum in Inglewood for $23.5 million will begin a major $50 million makeover this year they say will make it a first-rate concert venue that would challenge AEG's Staples Center downtown. [DailyNews]

According to Keith Richards, Jack White may or may not produce songs for The Rolling Stones if the band decides to record some tracks to celebrate their 50th anniversary this year. YES PLEASE! [ContactMusic]

Travel website Orbitz directs Mac users to more expensive hotels than PC users since those booking trips from an Apple computer spend on average $20 to $30 more per night, are 40 percent more likely to book a four- or five-star hotel, and tend to book the more expensive rooms in the same hotels as PC users. [KABC]

50 Cent has been released from the hospital and is doing fine after being treated for minor injuries from a car accident with a mack truck in NYC early this morning. Feel better, Fiddy. [TMZ]

Alki David, a billionaire soda bottling heir, is reportedly offering Drake and Chris Brown each $1 million, and another $1 million to charity, to take their insane nightclub brawl to the boxing ring and go mano-a-mano for a pay-per-view fight targeted for August. [NYDN]