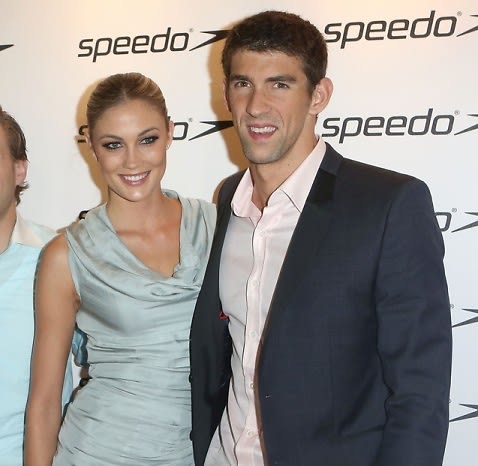 Evidently I forgot to note in my calendar that today is National Marriage Equality Day, or unofficially Starbucks Appreciation Day, formed in response to last week's anti-gay marriage Chick-fil-A Appreciation Day, where LGBT advocates will swarm to Starbucks to show support for businesses that back same-sex marriage. [ABC]

A mama bear and her cubs have been cooling off in this dry summer heat by taking dips in people's backyard swimming pools in Pasadena. [KTLA]

Johnny Depp looking like he just robbed a New Mexico gift shop was seen in public for the first time since his split from Vanessa Paradis at Pink Taco last night to attend the Aerosmith after party. [TMZ]

Michael Phelps and his new model/waitress girlfriend Megan Rossee, whom friends fear is using the Olympic champ for fame and what have you, made their debut as a couple last night at a Speedo event in London. [Radar]

Justin Bieber pissed off Canada's Congress of Aboriginal Peoples with a joke made during a Rolling Stone interview in which he claimed he was part "Inuit or something [but] enough percent Indian" to get free gas in Canada.  [Jezebel]