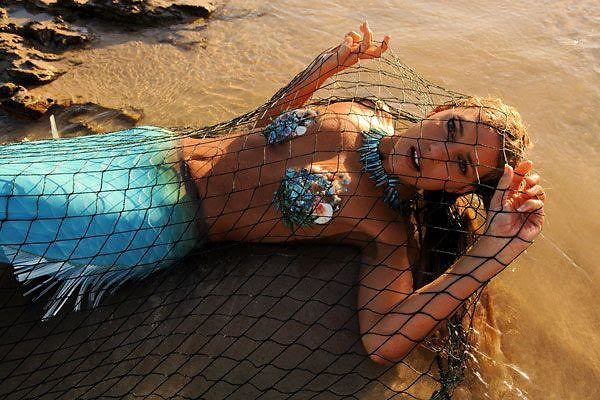 Okorie Okorocha, the lawyer for the first and now a second male masseur who's filed a sexual battery and assault lawsuit against John Travolta also claiming the actor grabbed his penis and then masturbated during a massage session, says there are still more masseur victims who will join the lawsuit. [TMZ]

Tom Gabel, lead singer of punk rock band Against Me!, reveals to Rolling Stone he will undergo the transition to become a woman, change his name to Laura Jane Grace, and that he will remain married to his "understanding" wife with whom he has a two-year-old daughter. [ABC]

Ladies, hide your boyfriends because the very sexy Sofia Vergara is back on the market and now a member of the single community after splitting up with boyfriend of two years, Nick Loeb. [Radar]

Meet Hannah Fraser, the "real-life mermaid" Australian transplant now living in L.A. who turned her childhood dream of being an imaginary human-fish into a career, diving 45 feet in the sea to swim with whales and dolphins without any gear except her mermaid tail. [Daily Mail]