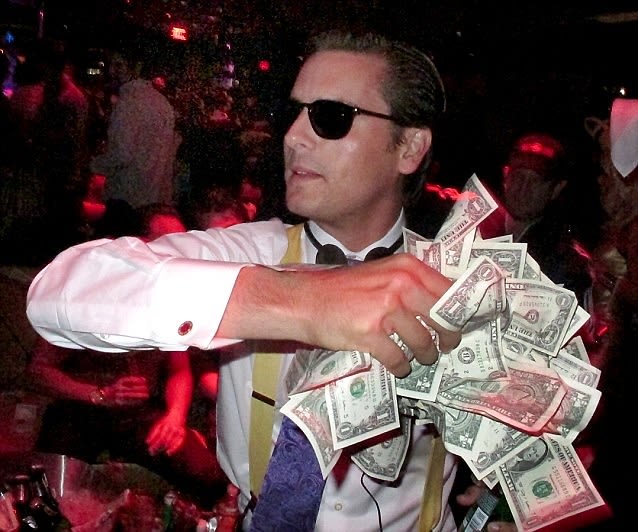 -Public transportation is shut down, at least 7,000 flights are canceled, schools and businesses closed, and over 450,000 have been ordered to evacuate as Hurricane Sandy, the "once-in-a-lifetime" storm of Biblical proportions pummels the Eastern Seaboard. [LATimes]

-Kelsey Grammer brought his three-month-old baby with him to a Halloween party at the Playboy Mansion where he (and his infant) raged with Playmates and Paris Hilton into the wee hours. [TMZ]

-Meanwhile, Scott Disick douched it up pretty hard at a Halloween party in Vegas dressed as American Psycho's Patrick Bateman (basically just his everyday look plus headphones and a bloody axe) while tossing $1 bills into the crowd like a jackass. [DailyMail]

-A study conducted in Germany finds checking email, Facebook and other social media from mobile devices to be more irresistible than sex. [ABC]

-Turns out the intruder who climbed a fence last night to enter Tom Cruise's Beverly Hills property and was subsequently tasered by security was just one of Cruise's drunk BH neighbors. [KTLA]

Aaaand just so you get the full Disick-Bateman effect: 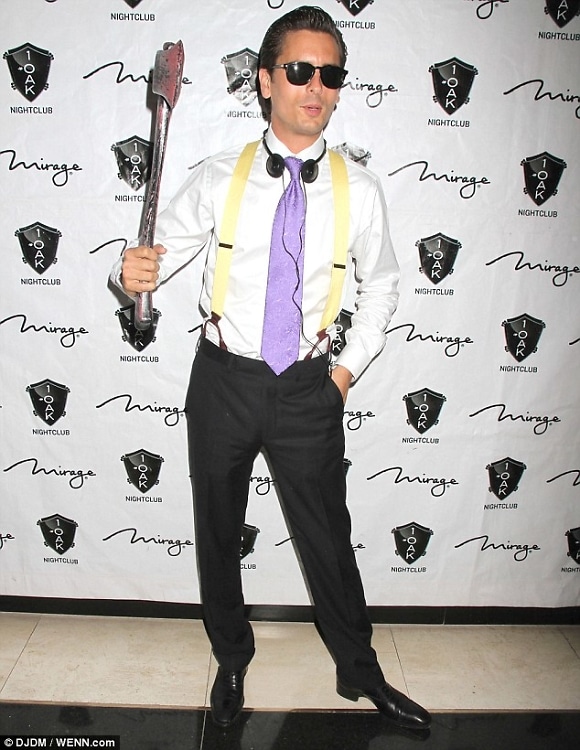