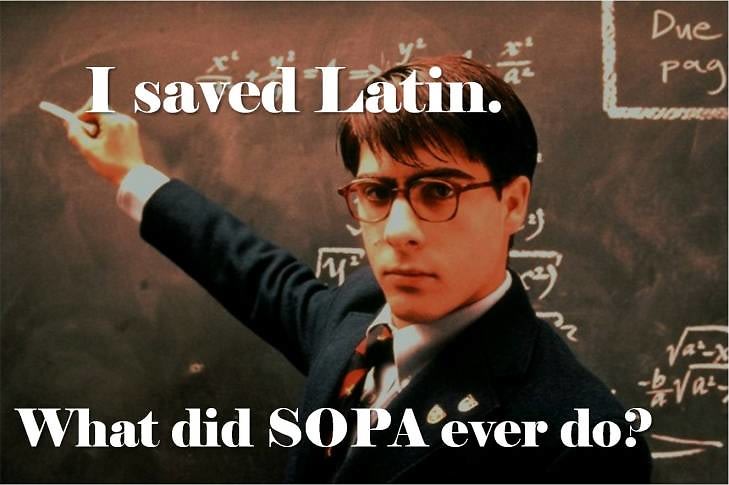 With nine dogs in tow, two women hiking a trail in the hills below the Hollywood sign yesterday discover the severed human head of an unidentified male homicide victim, possibly of Armenian descent, after two of the dogs started playing with a plastic bag containing the head. [LATimes]

Anthony Bourdain (one of our favorites at the GofG L.A. office) calls out Paula Deen, celebrity chef whose specialty lies in the kind of food you find on ThisIsWhyYoureFat, for publicly revealing she has Type II diabetes, followed immediately by announcing she's the new spokesperson for diabetes medication Victoza. [TMZ]

Britney Spears and fiance Jason Trawick are planning to begin their holy matrimony at a wedding (which will be Spears' third) in late summer, possibly in a tropical location. [Radar]

To protest the Stop Online Piracy Act (SOPA), a bill which would give the government and corporations the power to shut down websites accused of copyright infringement, web giants like Wikipedia and Twitpic go black today, blocking access for use, while other sites like Google join in by featuring anti-SOPA ads. [HuffPo]

TSA is launching TSA PreCheck, a new program at LAX designed to expedite the security check process (no removal of shoes!) for frequent fliers. [KTLA]

[Shoddy Max Fischer anti-SOPA artwork above created by yours truly, Jason Schwartzman as Max Fischer from Rushmore photo via]