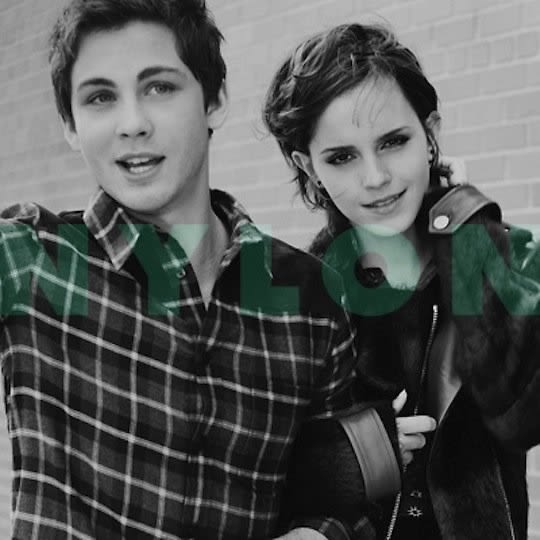 -The Perks of Being a Wallflower co-stars Emma Watson and Logan Lerman started a band together while on set called Octopus Jam. [Vogue UK via Jezebel]

-A food critic for the New York Daily News describes Joanne Trattoria, the NYC restaurant owned by Lady Gaga's parents, as "the worst thing since herpes" in a scathing review. [Radar]

-In new disturbing details from the Los Feliz crime scene where "Sons of Anarchy" actor Johnny Lewis, who once dated Katy Perry, allegedly murdered his landlady before falling to his death this week, authorities reveal the actor also beat and dismembered her cat. [KTLA]

-Ray J and a Louis Vuitton murse-carrying Floyd Mayweather Jr. made it rain on dem hoes during a night out at Diamonds of Atlanta strip club this week where they dropped a cool $50,000. [TMZ]