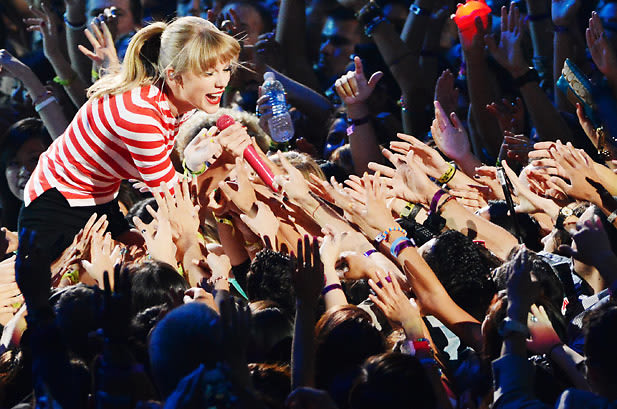 The original MTV VMA's took place in 1984, just a few days after I was born, so I guess you could say the VMA's and I grew up together. And so, like the brother of the Unabomber, it's probably time for me to admit that the VMA's have grown up to become something of a monster. How else can we explain that the top moments from the show included a pregnancy announcement from a woman who sells marshmallow vodka? If you couldn't bring yourself to tune in, either: we've got all the highs and lows from the carpet, the seats, and the stage. [Taylor Swift via] MORE>>