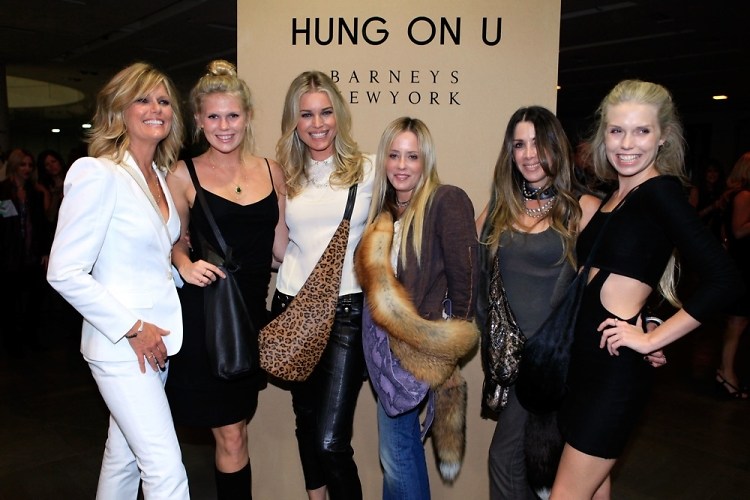 While America's distinguished members of the White Trash Party were busy punching each other in public last night, a more civilized, non-violent event was happening at Barney's in Beverly Hills in honor of Patti Hansen's Hung On U launch, a new line of cross-body bags. 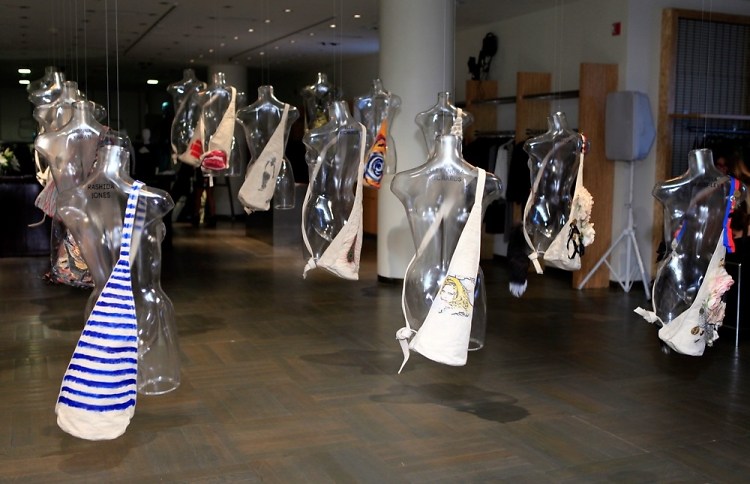 Being married to one of the most famous rock stars, and one of my personal heroes, Keith Richards, doesn't put a whole lot of pressure on the former supermodel to do anything except to utilize the abundance of resources available to her to look hot with age and have amazing clothes. But Hansen and friend Molly Madden, along with designer Debi Koppel took it upon themselves to start a handbag line inspired by the ones of their disco days at Studio 54 with Hung On U, hands-free cross-body bags for the girl on the go.  They're a modern interpretation of the popular early 80s bag style so think less Boogie Nights, and more vintage alt. [Photos via] 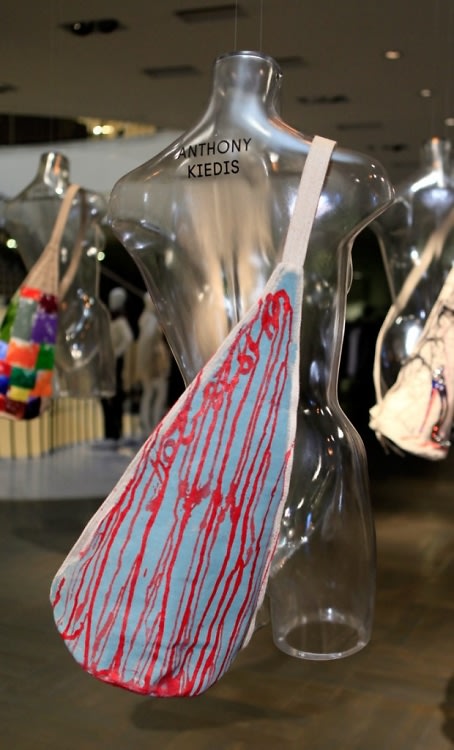 [Anthony Kiedis customized bag via] For the launch of Hung On U, the women asked fellow famous friends to design their own bags for charity (a portion of all Hung On U sales are donated to Epidermolysis Bullosa Medical Research Foundation for children's EB) which were on display throughout the Barney's event space last night. Among those who customized bags for the cause were Diane Von Furstenberg, Christian Louboutin, Joe Zee, Keith Richards, Anthony Kiedis and Rashida Jones.

Take a look at the slideshow to see the photos from the night and the celebrity-customized bags on display.