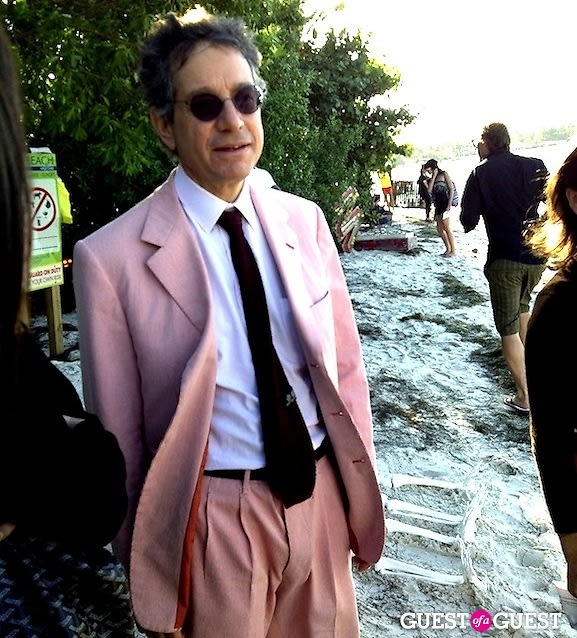 Art director, curator, and Los Angeles Nomadic Division (LAND) founder Shamim Momin (Oprah declares her as one of "10 Women on the Rise") is holding court at "The Island"—an actual islet just a short boat ride away from the Mondrian hotel in Biscayne Bay that she's helped convert into an installation. The conceptual, enigmatic project on the isle features site-specific works by Terence Koh, David Benjamin Sherry, Scott Campbell, Hanna Liden, and Bozidar Brazda, amongst others. [Jeffrey Deitch]

Soon after docking (glad I did, in the end, hundreds didn't; further fueling the hype and mystery surrounding the much anticipated project) I run into MOCA director Jeffrey Deitch, looking dandy in a pink suit, I tell him what a good time I had at last month's gala and then turn the talk to Terence; interested in his thoughts on the artist's skeletons [below], he says they are "romantic...because they are holding hands", and observes how "curating is becoming an art form" suggesting that Momin herself is an artist; "I'm a big fan of hers" he gushes. 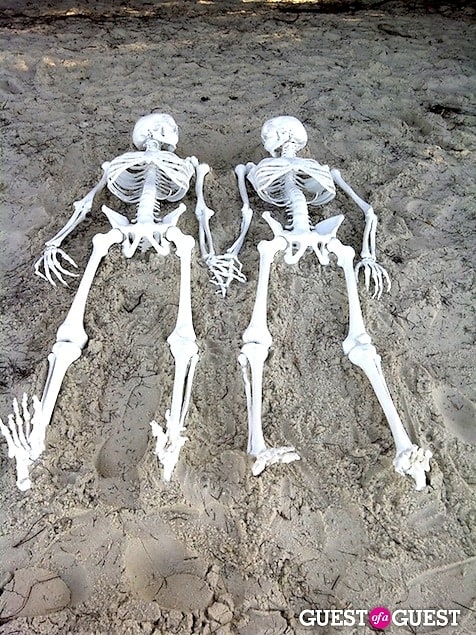 Terence Koh's Skeletons on "The Island" 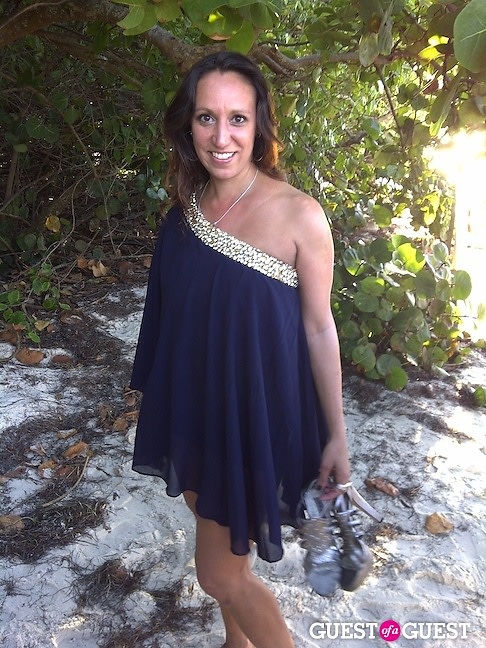 The lady of the hour is running around, thousands have rsvp'ed and things are getting hectic, and it's clear "The Island" is the daytime highlight of the Miami Basel experience this year. Shamim tells me,

"there are so many layers to the island in the end it's hard to parse it out into one, but from the start one intriguing thing to me was the idea of it containing all aspects of human nature-it is a man made place, but now grown wild, just adjacent to 'civilization' but yet elsewhere. People go there to do all the great range of human activities, beautiful and ugly and all between—eat, play, party, fuck, hide whatever—which is also what all the artwork engages..."

Brava Ms. Momin, one can only guess how you will engage us next! 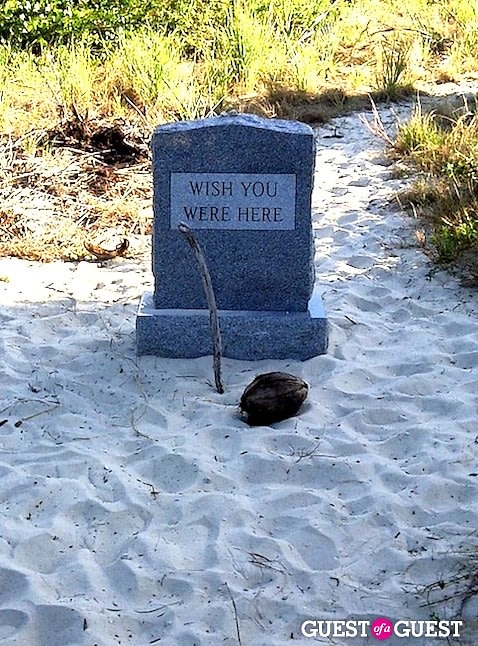 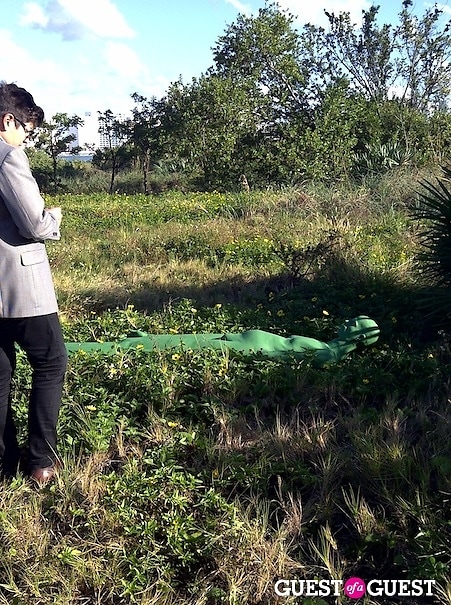 Night falls, there are just too many parties going on at once, and with the weekend officially here, Miami's bridge and tunnel crowed descend upon the city like locusts. Le Baron beacons. On the walk there, I run into ELLE's darling Kate Lanphear who has "literally just got off a plane." Stavros Niarchos is outside when I arrive, apparently even he'd been kept waiting to get through Miami's "tightest door". 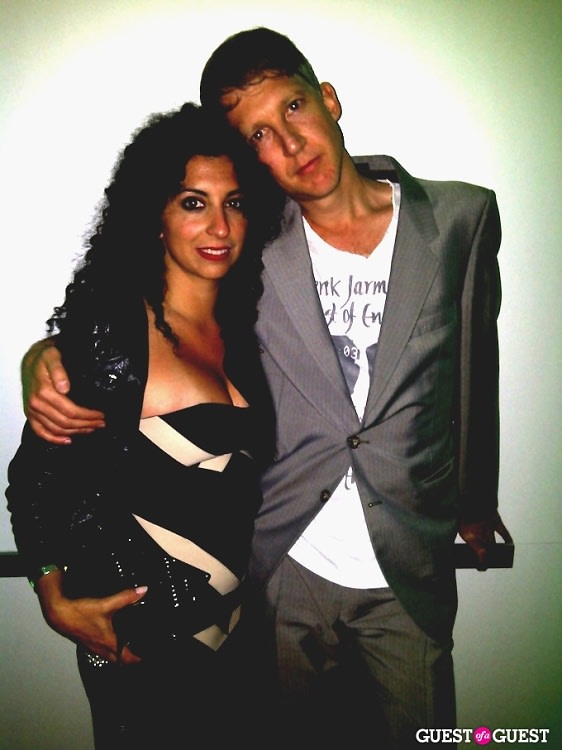 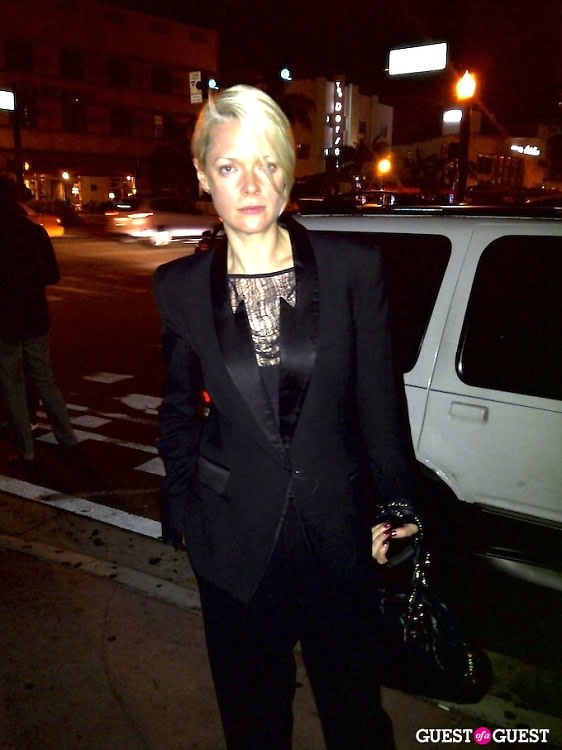 I have a random run-in with Dazed and Confused editor Jefferson Hack and Chi Chi Menendez in an elevator. Hack says "you're beautiful" and that my friends and I are like a "pack of wolves"... whatever that means? I thank him, smile, and wink.

It's my last night here, I have a flight to catch tomorrow and need to actually attend Basel in the morning, so I turn in early, at least according to Miami standards, at 4am.