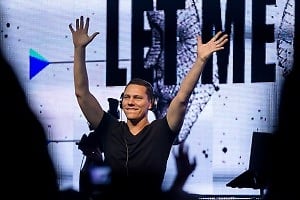 The Dutch born DJ and record producer has been steadily building momentum since he began his career, from playing in Space Miami during the Winter Music Conference to headlining sold out arenas from all over the world today. He’s given the remix treatment to the who’s who of the music industry from Justin Timberlake to Madonna to Sarah McLachlan-- which incidentally is the remix that put him on the mainstream audience radar. [Photo via]
1 of 6