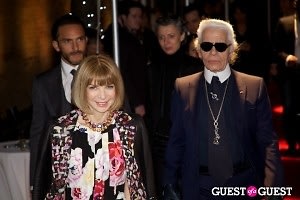 Designer, ice cream shiller, recent coke bottle decorator with a soon to be released line for Macy's, Karl Lagerfeld, is never seen without his trademark sunglasses, always paired with a white shirt and gloves.  He's got them on day, night, probably even watching a movie, or playing a sport, only removing to sleep, if that. What's going on behind those rims was a mystery...until now.

Karl was not only spotted without his shades, but some canny photog was able to snap a pic of him minus the shielding while on vacation in St. Tropez and he looks, surprising, normal. 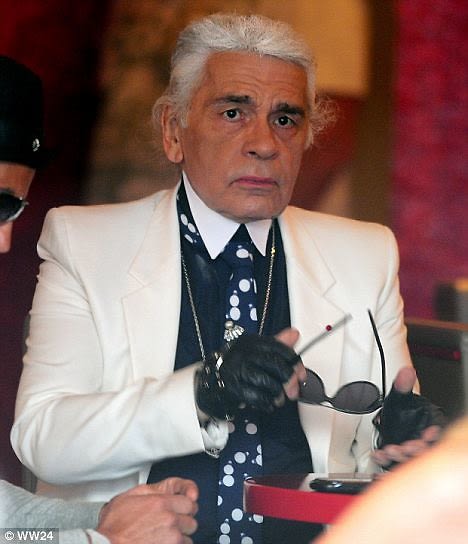 I sort of always had the suspicion his sunglasses were a much more stylish version of an eye patch and that something must be wrong. No weird red eyes, disfiguring scars, or physical reasons he's want to hide.  Sometimes people take off there glasses and they look so completely different, it's as if there entire face was changed. But Karl, actually looks, dare I say it, like he has kind, warm eyes.

[First Look At Karl Lagerfeld For Macy's: Will You 'Get' It?]