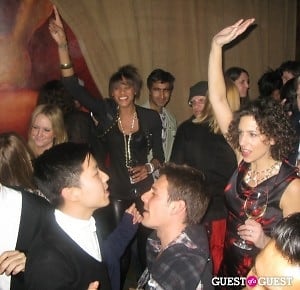 Each Fashion Week, a certain dance occurs, both for the city's brightest young things and for its hottest new places to carry them into the morning. Status this week has little to do with your front row fashion seat (at least not anymore), and a lot to do with which high end after-party you are spotted attending, and where its being held.  And, while this season there's been no one clear winner for "new it-spot," (Le Baron was an anticipated fav, though that has been stalled--and, after last night's Zspoke party, it's clearly still tough to beat the Boom Boom), there is a new player hitting the city's FW party circuit: meet Mister H. in the Mondrian Hotel.

Go HERE for more photos of Mister H., and tag yourself and your friends.

Mister H. may be owned by Morgans Hotel Group (of Hudson Hotel and Royalton fame), but its real cred lies in the fact that it is managed by mega player Armin Amiri, of Bungalow 8/Socialista fame. 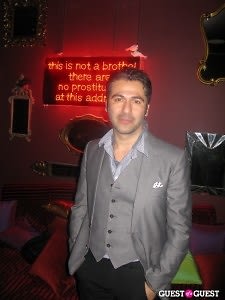 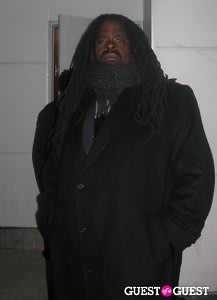 The magnetic club of Fashion Week varies per season,  Don Hill's rocked fashion week last fall, the fall before that one solidified the Boom Boom Room's reputation hosting parties with the likes of Madonna. And there have been others along the way (e.g. Kenmare, The Jane), but one thing remains constant: the venue must prove to be a challenge to enter into. Cue Disco, the famous power doorman and the second half of the power playing team that could set Mister H. up to be the next it-club.

Next up? Mister H. will play host to Derek Lam's after-party tonight. 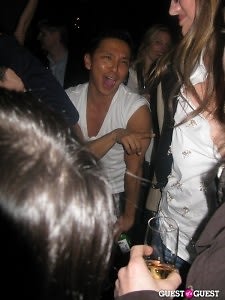 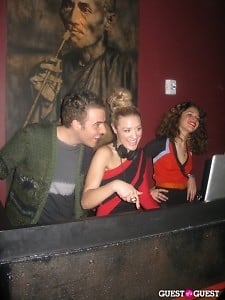 The club feels like a speak-easy Chinese restaurant in '20s San Francisco or a Shanghai demi-monde lair; the lights are neon-red, the bar modern and metallic  but with the hints of Asian authenticity: bird cages and little red propaganda books.

Armin Amiri said, "This is the type of place where Humphrey Bogart might stop off for a nightcap while treated by a character Mister H. (Mister Hung), who is a master of hospitality."

It feels part luxury dim sum joint gone nocturnal and part rub-n-tug parlor turned into a dance  hall. In a sense, it's a classier Happy Ending. Something about last night, with the celebs and the bottles and the socialites stripped away, felt like a  solid return to authentic club life where you can be treated like Mister H.'s honored guest. But just remember, as  the sign in a private room (pictured below) will tell you: "this is not a brothel there are no prostitutes at this address." 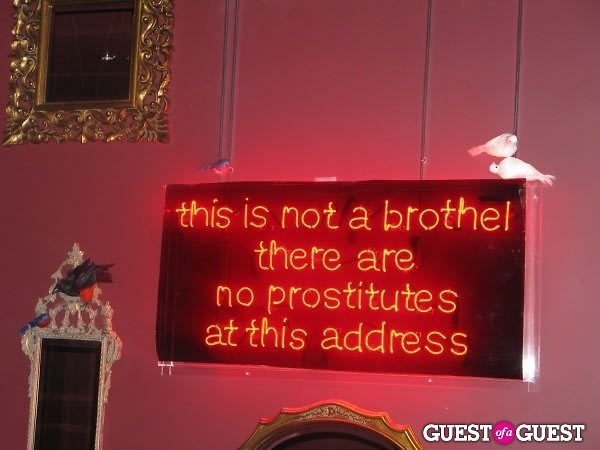 In some ways, it is most appropriate that  Mister H.--at 150 Lafayette just up from Canal Street in the heart of Chinatown--holds sway given the emergence of Chinatown's knock-off Central as a club hub; Mister H. is thematically most appropriate for the area that is seeing this serious nightlife surge, and its classy underground vibe epitomizes this trend. Le Baron is at 32 Mulberry Street. And, Tom and Anthony Martignetti have announced plans to open an upscale joint in Chinatown on "Haggling Row," right between Baxter and Centre Street.  So will Chinatown really become a new, fully-fledged MPD?

It's hard to say if Mister H.'s coup this week has really stolen the thunder from the Westside club scene but Fashion Week may prove to give it a good running start. 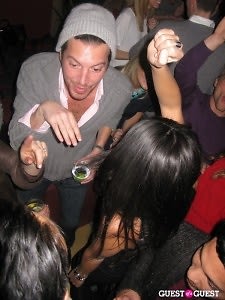 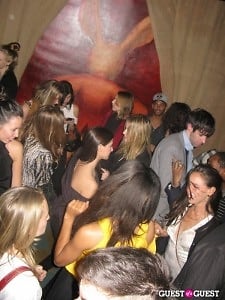