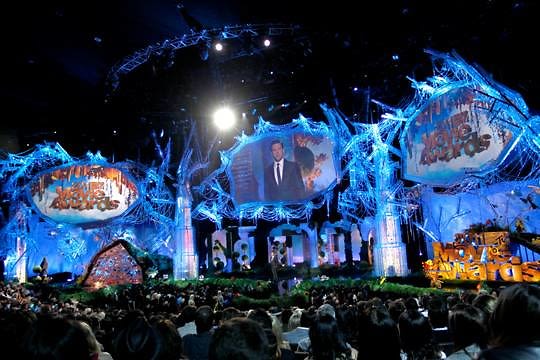 Robert Pattinson spent the most time on stage, doing double duty as both winner and presenter. His dramatic reaction to winning an award rivaled the acting he did to win Best Male Performance. "The Twilight Saga: Eclipse," took home five awards. 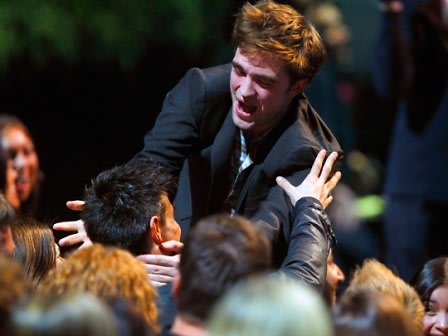 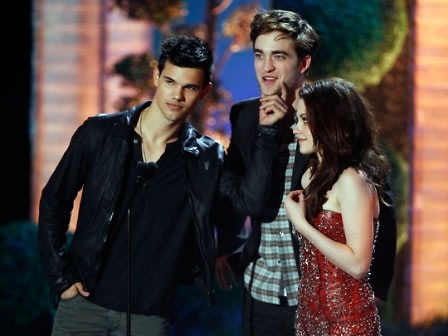 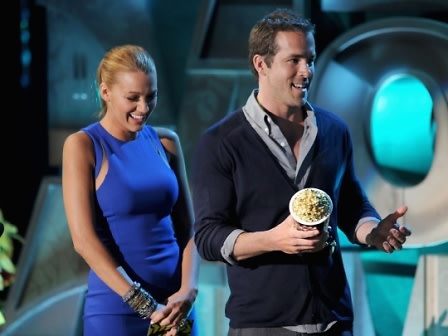 A fully clothed Blake Lively took some time off from denying nude photos on the web to present with Ryan Reynolds. They made some erection jokes about lasers. 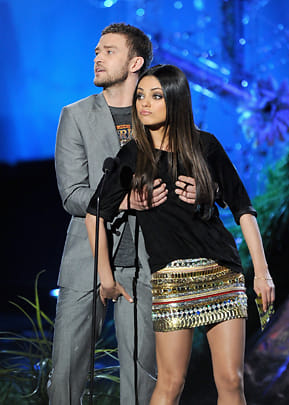 Justin Timberlake grabbed Mila Kunis' boobs and she his, ahem, to prove they are just friends and promote their new movie Friends With Benefits. 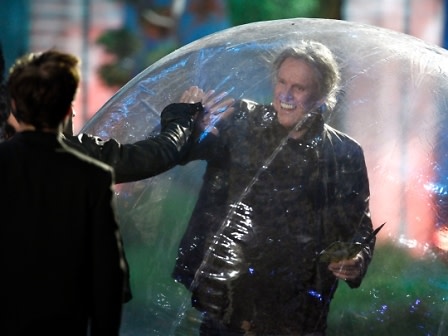 Gary Busey in a giant bubble. This may or may not be his new permanent home. It's a wonder no one thought of this before. 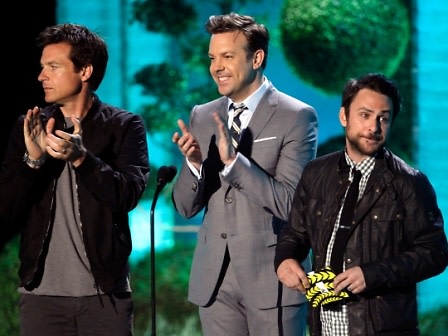 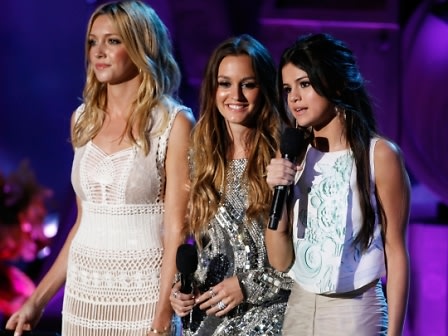 Katie Cassidy, Leighton Meester, and Selena Gomez (who was earlier warned by Jason Sudeikis to be careful when kissing her boyfriend, Justin Bieber, not to swallow any baby teeth) 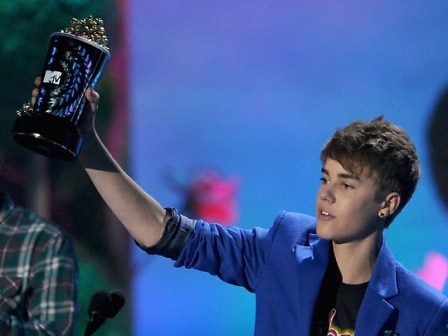 Bieber himself was in the house to accept the award for Best Jaw-Dropping Moment for Never Say Never. 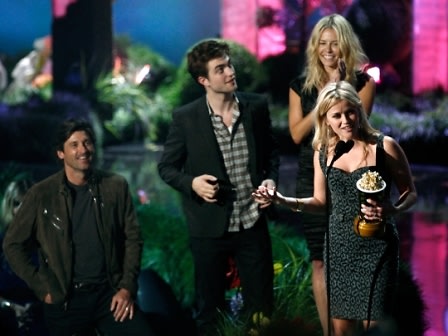 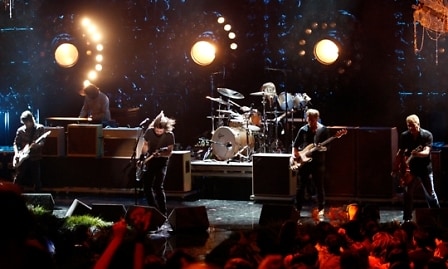