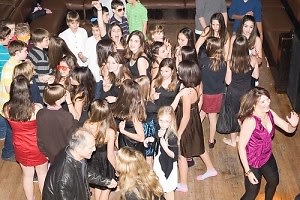 A week ago, we were surprised to see a sixteen year old celebrate a birthday at a nightclub. How naive I was back then! Bonnie Fuller's daughter, Leilah, celebrated her Bat Mitzvah at Marquee.  Watch out, New York: The tweens are taking over.-

Granted, I've been out of the Bat Mitzvah circuit for a long time now, but little Leilah's coming of age extravaganza looks NOTHING like the ones I remember.

First of all, no Bat Mitzvah that I've ever been to has a STEP AND REPEAT. 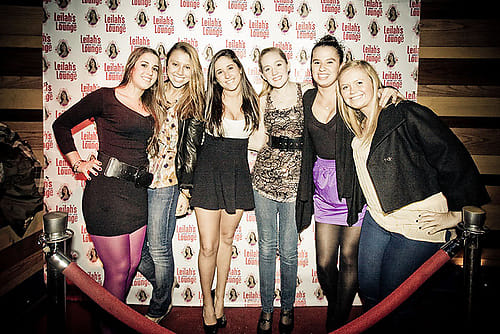 But Leilah's guests happily posed on the red carpet in front of basically wallpaper covered with her face: 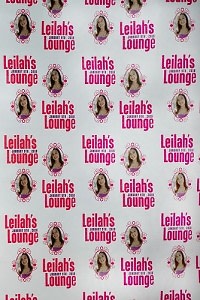 Instead of a boring gift bag, Leilah's Lounge (as Marquis was aptly renamed for the night) offered a VARIETY of gifts to choose from. Messenger bags! Dancing socks! 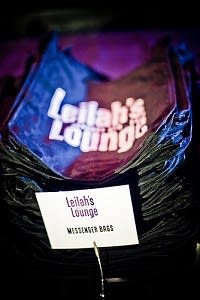 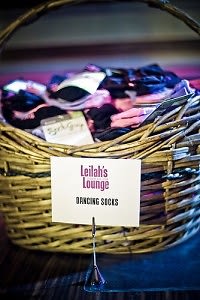 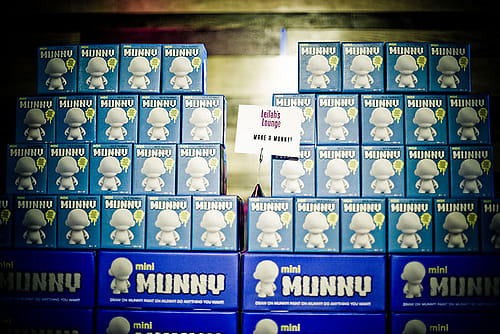 For the guest who needs replenishment after sock dancing a little too hard, cupcakes and candy galore: 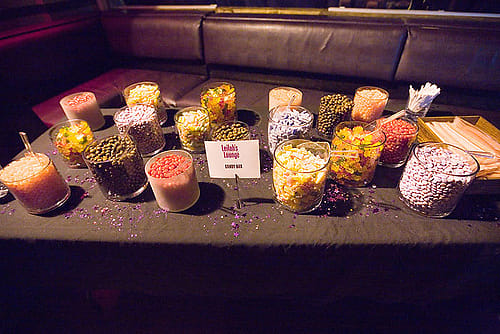 And NO Upper Crust New York Bat Mitzvah would be complete without a wide assortment of Kanye shades to wear. 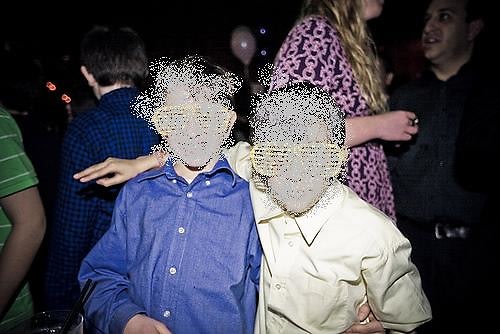 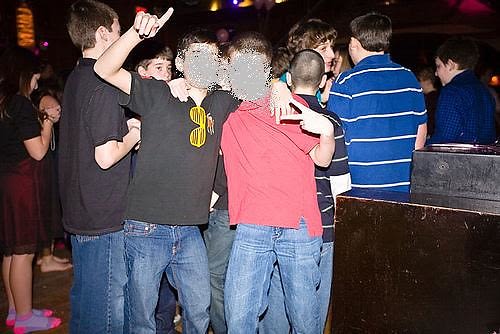 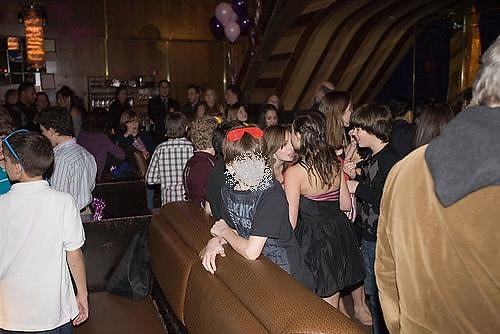 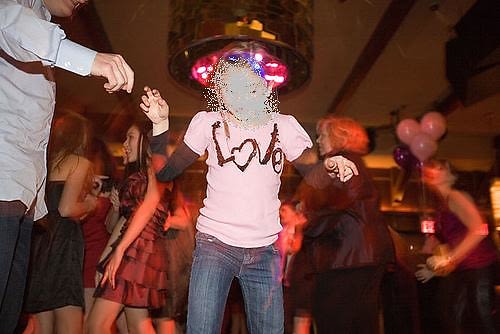 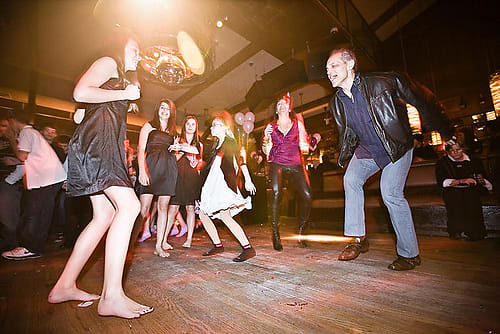 Why are they BAREFOOT? Why aren't they wearing their DANCING SOCKS? 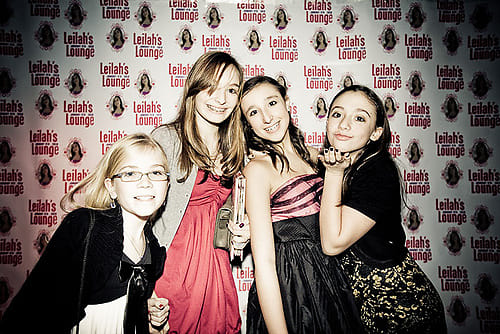 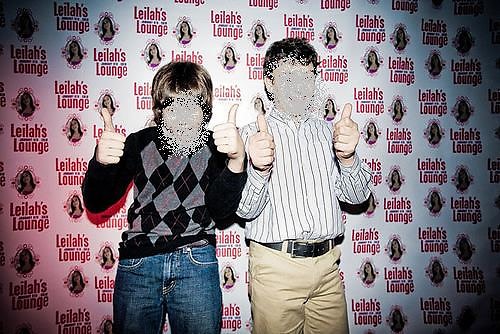 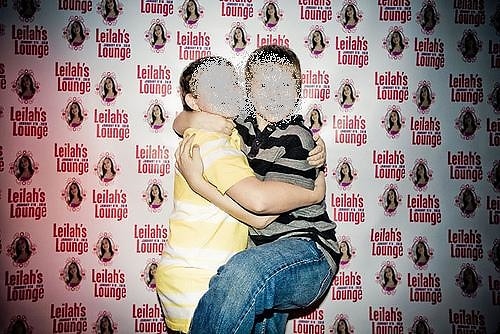 Oh man, they're really gonna regret this picture when they're older. 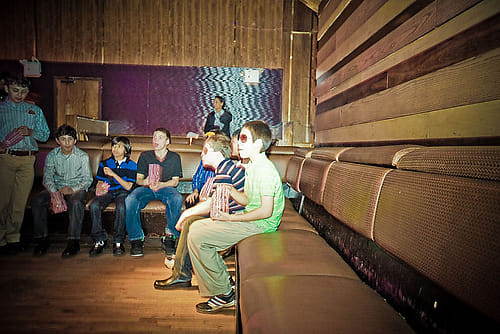