Dos Equis, the self-dubbed academy of interesting things, promised Webster Hall partygoers The Most Interesting Show In The World. They delivered...There were aerial dancers, albino pythons, lots of body paint, and an eclectic mix of people who should've made Barbara Walters' most fascinating list. 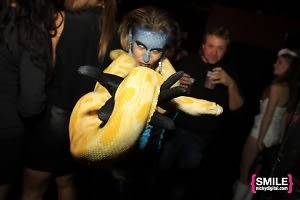 It's okay he doesn't shine like a glow worm. He dazzles the ladies with his personality. 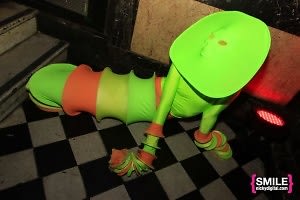 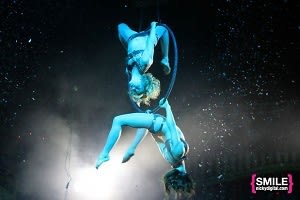 Hello there, chest hair. This rather interesting fellow seems to be part clown, part joker? Maybe part caterpillar? Love the mid-abs tatt. Also love that our friend EJ somehow wound up in the bottom right-hand corner of this pic, even though we're disappointed he's not dressed a little more... interestingly. 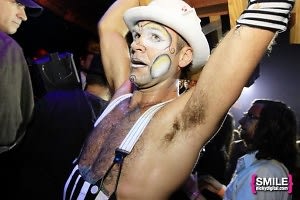 These ladies opted for bejeweled bras (hello, Katy Perry), prima ballerina tutus (hello, Sex and the City opening), and headwear made of the abominable snowman they captured in Brooklyn (hello, hipster fantasy.) 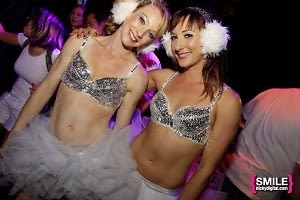 This mime/crash dummy hybrid better carries his heart in his hand. Aww. Maybe he found some checkered love later that night. 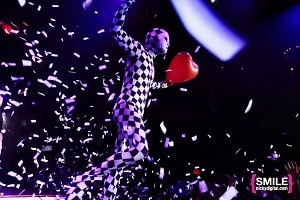