The saying goes that money can't buy you class, or taste for that matter. These Christmas cards from celebrities definitely prove that. Did they give their stylists the entire month off? Apparently! Let's take a look at the questionable choices used to express holiday cheer...-

Ice skater Evan Lysacek's card is actually pretty predictable. The man doesn't really exists once you take the skates off. But maybe they could have made his satchel a bit smaller?  It's massive. This just seems uncomfortable. Like he's either hiding something or disposing of a dead body or both. 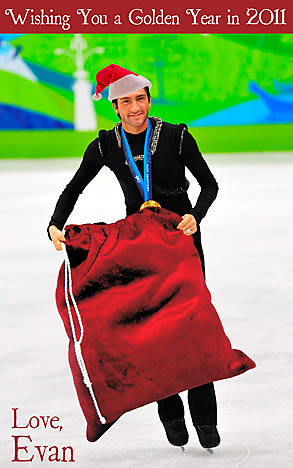 Bethenny Frankel and family also went with the skating theme to capitalize off of her appearance on Skating With The Stars. Grown women in outfits meant for 12-year-olds and grown men in tights are never all right...unless you are in fact, Evan Lysecek. I don't think the sequin bedecked dog has an Olympic medal. They're livin' on the edge! 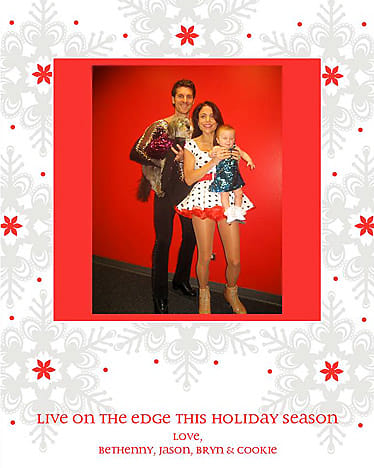 This is not too bad. You expect Hef to be in his silk jammies with much more than one woman. Said woman does not have her boobs exposed, so bonus points for Playboy. But this is awkward in a way that only a woman's head seeming to pop out of your legendary crotch can be. 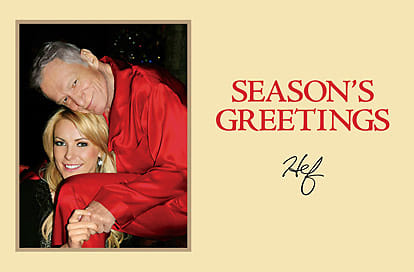 Nadya Suleman and her small village. Nadya Suleman=Sad. Always.  Each child will be receiving a photo plastered on TMZ for Christmas. 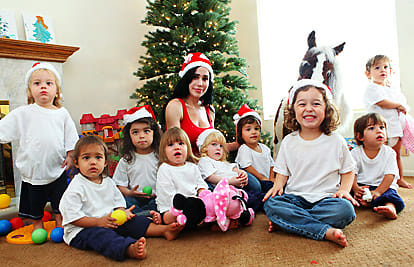 Paris Hilton couldn't be bothered to leave the club to shoot an actual X-mas photo, so she just had a friend snap one in between dancing on the banquette and humming the tune "Stars Are Blind," under her breath, into her eighth Apple Pucker Martini. 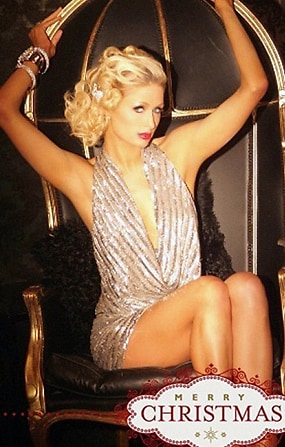 Can you guess who this is? This is artistic license, otherwise known as Mariah Carey's card. My lack of celebrity knowledge kicked in on this and I spent about five minutes wondering and laughing over this image of her sitting on Obama's lap. Then I remembered she is married to Nick Cannon. Think whatever makes you smile, though. I still think this looks more like the President. 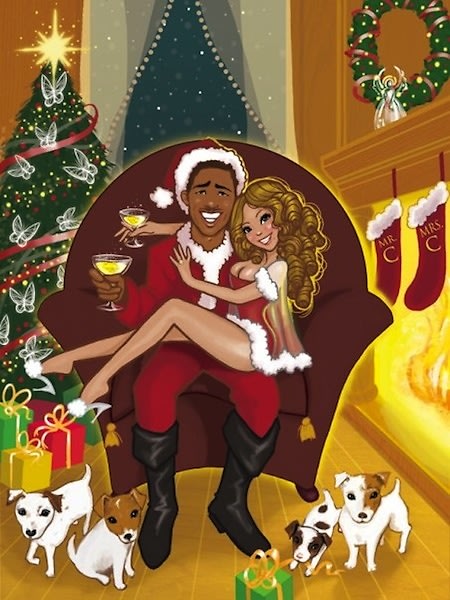 This is clearly old, but it's a classic. Guess what's in his box. 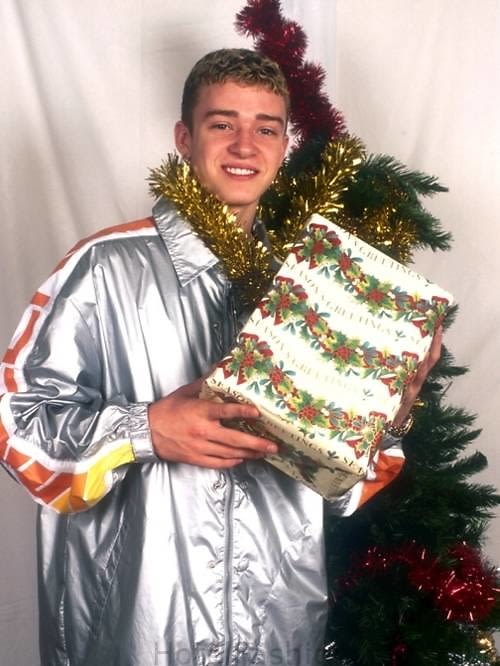