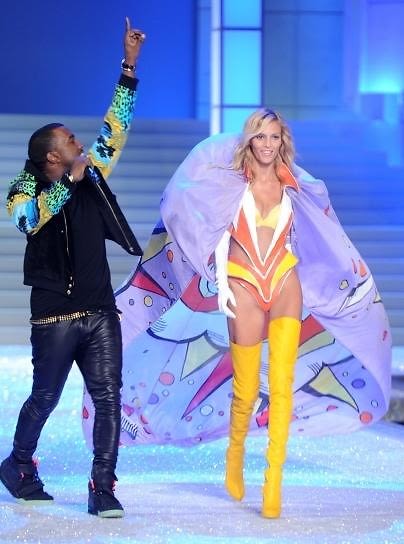 Go HERE for more photos by Josh Wong and tag yourself and your friends!

The Victoria’s Secret Fashion Show is one of the most anticipated fashion events of the year, never failing to attract a celebrity-packed audience and demanding several hundred thousands of dollars, not to mention a whole 12 months of preparation. This year, Victoria's Secret upped the ante by hosting its largest show ever, dropping more than $12 million in production, featuring a dozen new models (in addition to more than 20 veteran models including the 10 Angels), and with performances by Nicki Minaj, Kanye West, and Maroon 5.

And while what most viewers see at home is a glamorous show of disco lights, feathers, and cool music, the real magic happens backstage. I visited the Lexington Armory about two hours before the show began taping to get some inside scoop on what it really takes to throw a VS extravaganza.