Most kids turning 7 don’t celebrate the birthday on their family's chartered boat floating down the Seine River. Then again, most kids don't belong to the Jolie-Pitt dynasty. For Pax’s birthday, Brad and Angelina took the crew (sans Viv and Knox) on a riverboat cruise. Below are the pics.

Cameras followed the Hollywood royalty on a river in France celebrating the birth of their Vietnam-born child. It's a small, paparazzi-filled world after all!

From two bullet-proof SUV’s, the Brangelina army prepares to take over their ship... 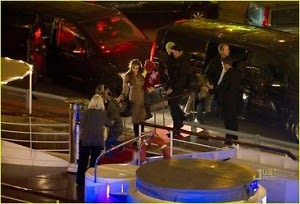 Maddox follows his little bro onto the boat, longing a little for his early years with Angie. Five siblings and Papa Pitt really cut into their alone time. 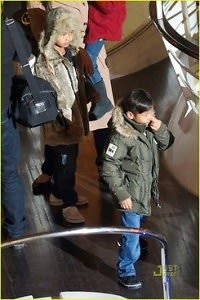 The birthday boy takes a second to revel in his worldly adventures. 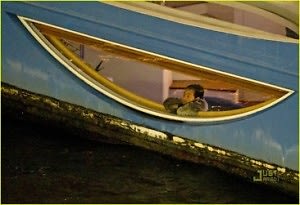 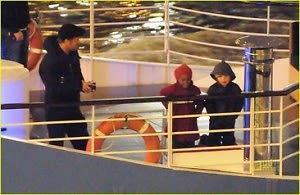 SPEAKING of cake, Pax's birthday treats are quite European and sophisticated! I had a "Free Willy" cake for my seventh birthday.. 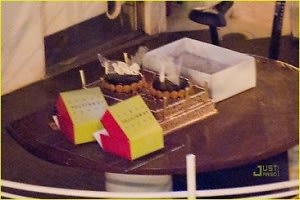 Brad and Angelina take a moment to discuss... being beautiful? Adopting more kids? Saving the world? Would it be too cheesy to go to the front of the boat and do the whole Leo Dicaprio, "I'm king of the world" thing? 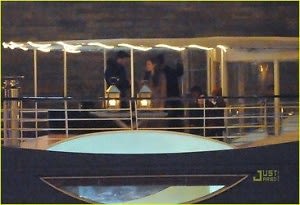