Go HERE for more photos by Sunny Norton, and tag yourself and your friends! So we're obsessed with the pictures from the Gucci Gala at The Pierre to celebrate the tenth anniversary of his "Giorgio G" line and the launch of Emperor's Brand Giorgio G Cognacs. The event attire was "International Black Tie", which basically meant that guests wore gowns that were a little more outrageous than what we're used to seeing.-

We're talking colorful ruffles, red plumes, and skintight black gowns--and that's the guests. The "Vanna Whites" for the evening were dressed in short pink dresses and Marie Antoinette wigs as they assisted with the auction, which certainly gave a little "Let them eat cake" feel to the proceedings. Perhaps, "let them play golf!" would be more accurate; proceeds went to a charitable organization that provides golfing opportunities for people who would otherwise not be able to enjoy the sport. Perhaps the most popular part of the evening was the cognac tasting, in celebration of Emperor's Brand's new Giorgio G cognacs.

And speaking of opulence, or lack thereof, tragedy befell Giorgio Gucci earlier this week when an airline lost his luggage and he was forced to buy a $450 suit for an appearance before congress. (We're not being sarcastic when we say tragedy. Well, maybe a little sarcastic, but among the valuable items lost were bags designed by his parents, which are not only worth a lot but probably have sentimental value, so that sucks.) Hopefully the gorgeous blonds he was photographed with on Wednesday helped take his mind off of things! 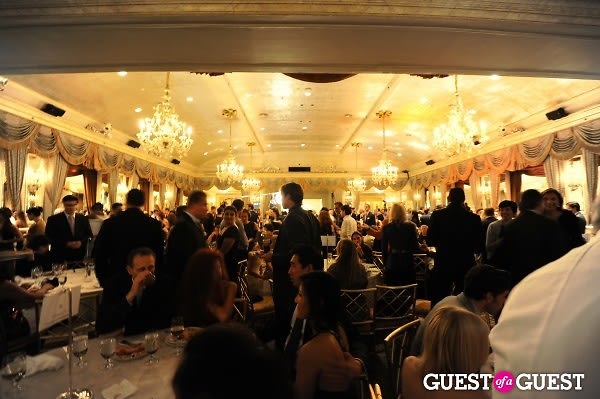