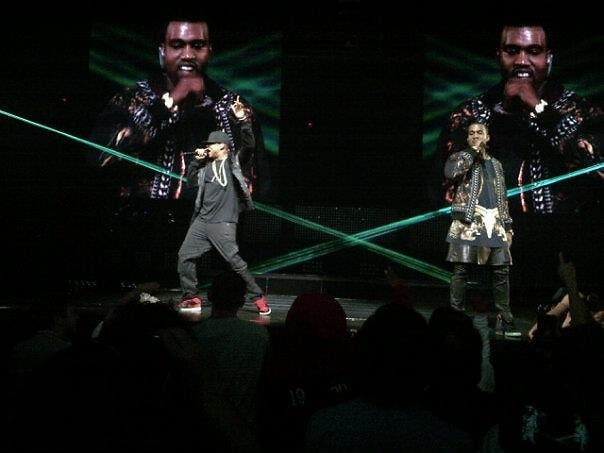 "You gotta pardon Jay (and Kanye), for selling out the Garden in a day"

Last night, rap phenoms Jay-Z and Kanye West took the stage at Madison Square Garden for their much-buzzed about Watch the Throne tour.  There were sharks, tigers, carnival barkers, pyrotechnics, Givenchy blouses, screaming babies in Mozart wigs, Leonardo DiCaprio- okay, maybe not all of those things, but apparently it was a pretty sick show.  Here's a little recap of last night's sold-out spectacular.