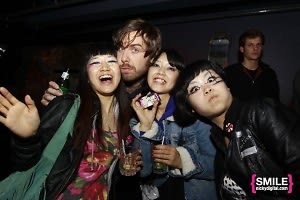 After their show at Webster Hall on Monday night, Swedish folk band Peter, Bjorn and John (or PB& J, as I like to call them) headed over to Bowery Electric to party with their rabid fans and a Japanese girl band. So you can imagine how crazy the pictures are.-

PB&J must have been exhausted after their long set at Webster (Peter, in particular, is known for his pinwheels and energetic gyrations onstage), but the Swedes apparently had plenty of energy to last them well into the night. The evening started off with a four piece Japanese girl band called the Suzan, who opened by singing a bunch of Peter, Bjorn and John covers, and then continued on with original material.

The crowd at Bowery Electric was certainly eclectic that night, but unfortunately Bee Shaffer did not make a repeat appearance. I guess Ricky van Veen is working her pretty hard? 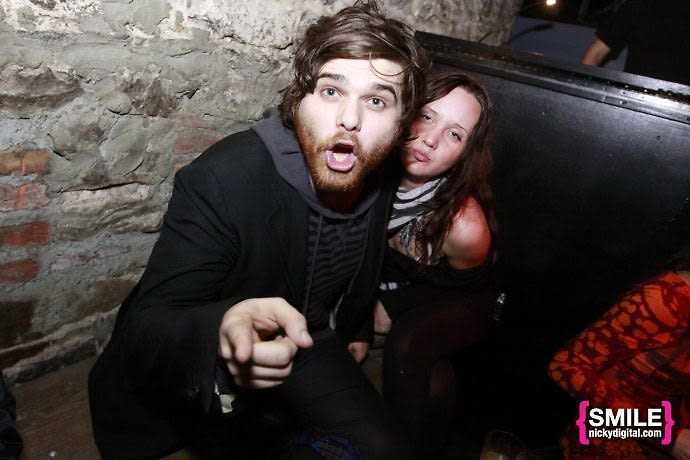 This guy's going all James Gandolfini on us! 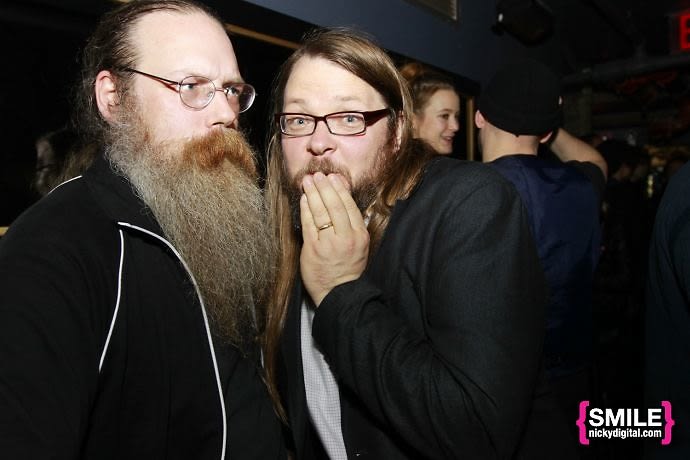 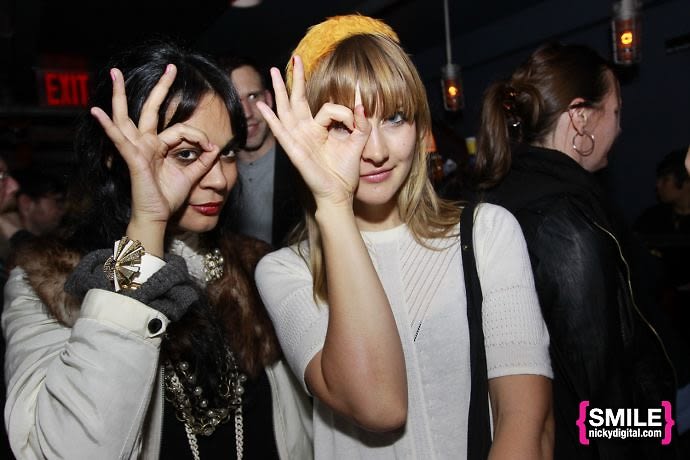 The girls send out their hipster mating signal.... 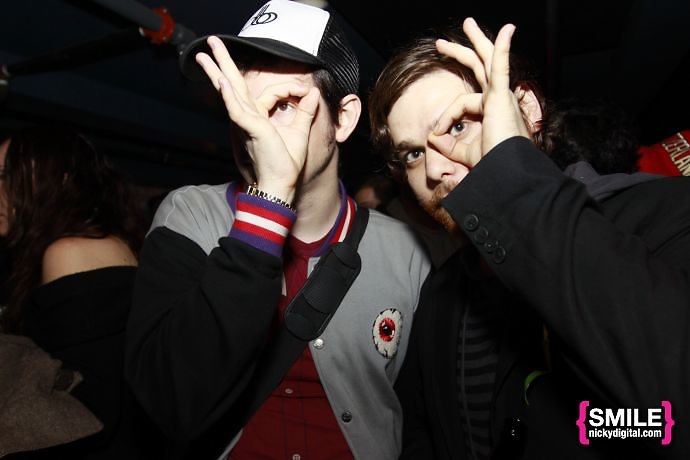 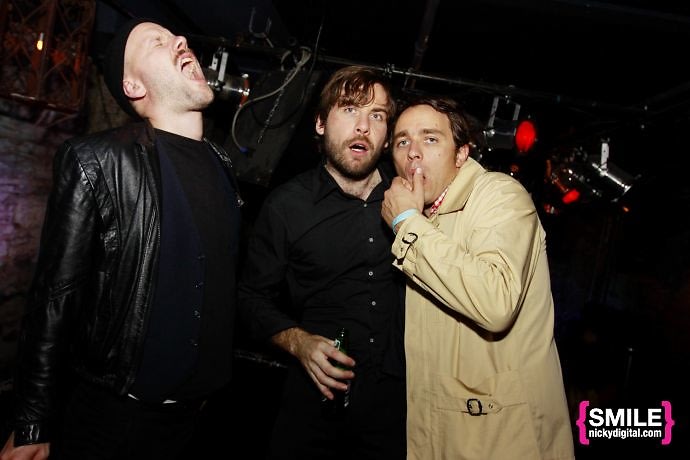 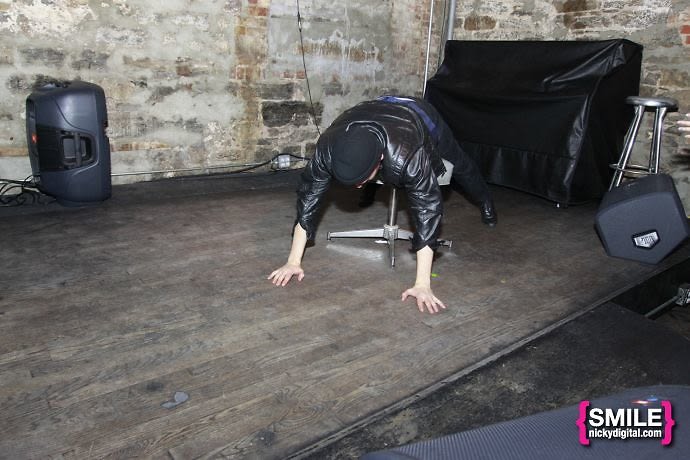 The time honored game of spinning around stomach down on a swivel chair is practiced either when you're 10 and spending the day at your parent's office, or when you're a musician in your 30s drunk at the Bowery Electric. 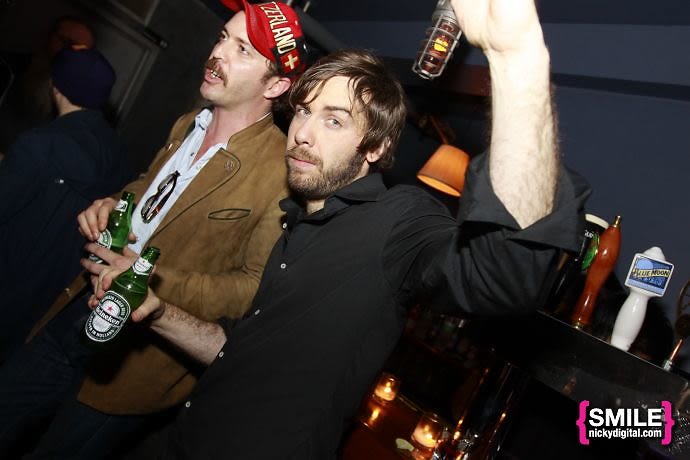 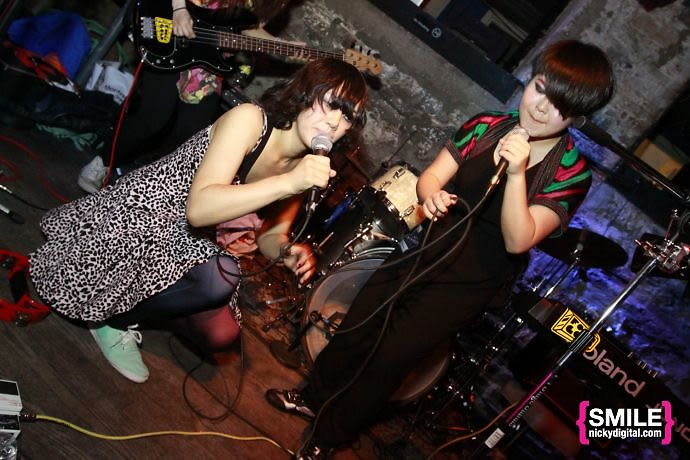 "I'll tell you what I want, what I really really want..." 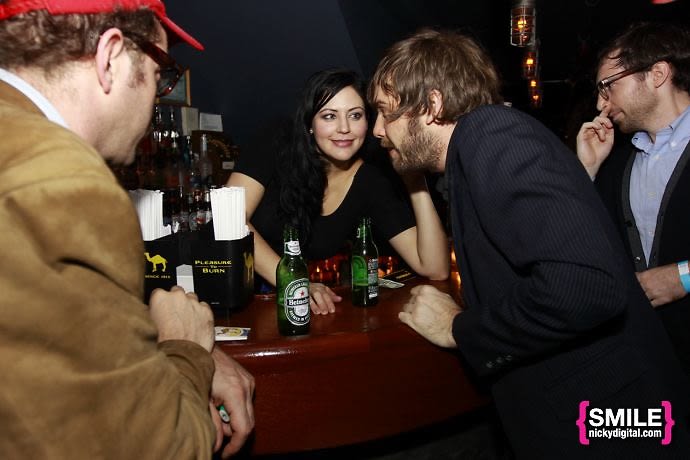 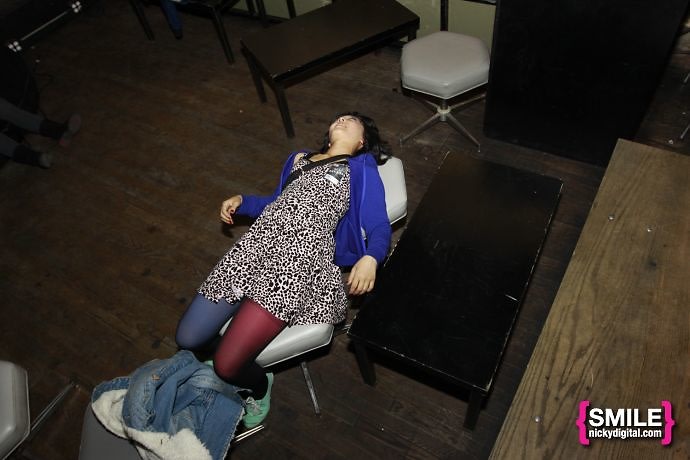 Unfortunately, the evening was not without casualites.

[All photos via NICKY DIGITAL].