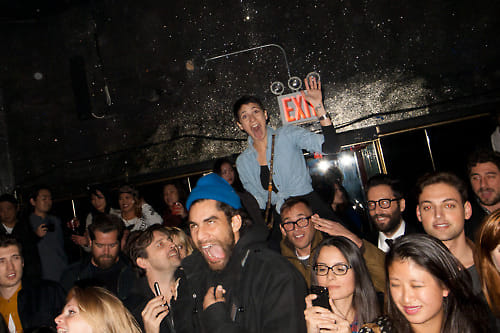 On Friday evening, Terry Richardson littered the floor and the walls with photos of his mother and father as an ode to their relationship and to his family with his exhibition "Mom & Dad," while Richardson fans mobbed the tiny Half Gallery to just get a peek of the photos (and more likely, the photographer). After about 2 hours of a line that looked like people were waiting outside of the most exclusive club in New York, Richardson and friends headed to Acme for rowdy dinner, followed by an after-party at the Westway, complete with male strippers. Oh, Terry. WARNING: Last couple of slides are NSFW.