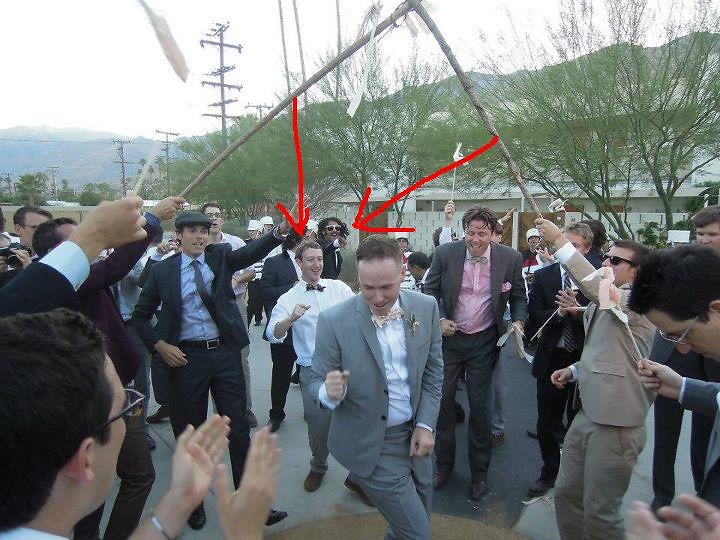 Facebook founder Mark Zuckerberg boogied the night away at Facebook designer Aaron Sittig and top Facebook exec Jessica Bigarel's wedding. I mean, how could he not? He was the best man!

Apparently Zuck joined in a sing-along of Broadway tunes the night before the wedding at the Ace Hotel in Palm Springs, California. He and his pals (and girlfriend Priscilla Chan) spent the weekend playing golf and hitting the spa.

According to Page Six, Sittig, a former Napster engineer, is one of Zuckerberg’s best buds, and designed the icons for the “like” button and wall posts. He also came up with the concept of tagging friends in photos. The bash included a tech-heavy guestlist, with guys like Sean Parker, founder of Napster and former president of Facebook (and who is now engaged to Alexandra Lenas), and Vimeo co-founder Zach Klein. If Zach was there I am inclined to think Jakob Lodwick attended? (And if Lodwick attended, someone is missing... Wait, oh right - where's Julia Allison?)

Zuckerberg was seen cozying up with Chen - is he next to get engaged as the founding girls and boys of Facebook encroach on their 30's? He sure seems to be having a lot of fun at other people's nerd weddings. Let's take a look, shall we?