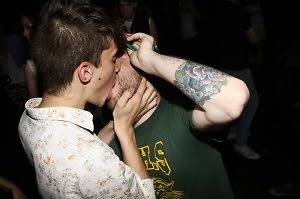 Zombie Kids fans descended on Club Cobra in Barcelona to dance around and hum and stuff. Appropriately enough, the metal/punk/ lovers offered up an unintentional homage to the Horror Movie genre. 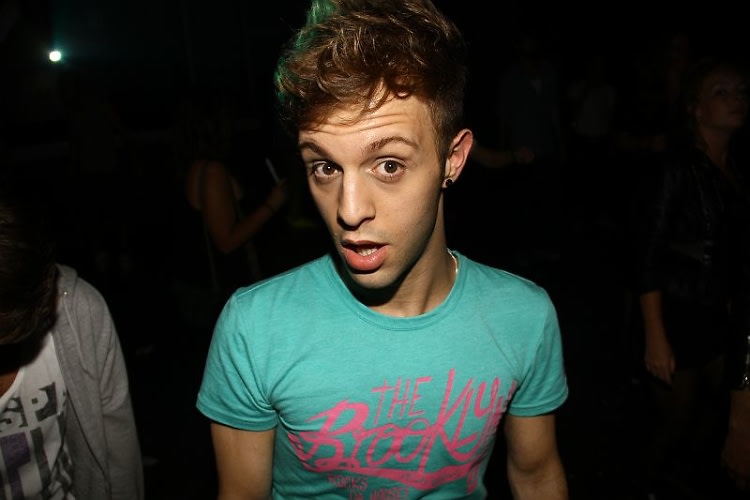 Our hero is frozen in fright. 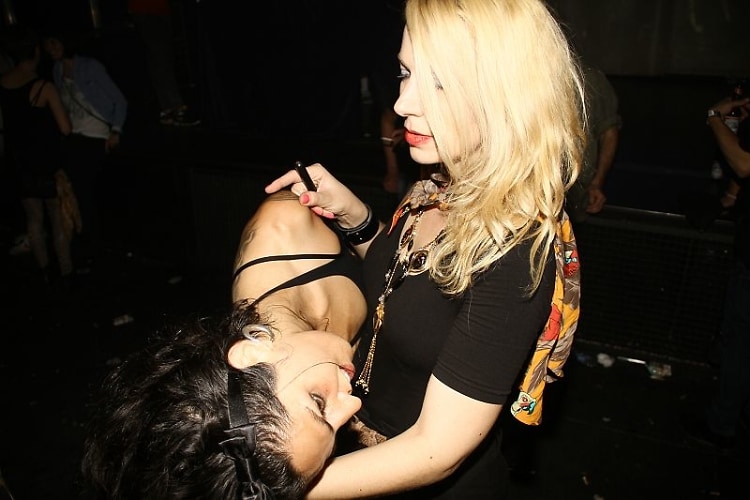 Brunette has been mortally wounded. "We'll both make it out alive, right Alicia?" she asks her bff, who hasn't yet been sliced and diced. "Yes, Chelsea, yes," says Alicia, but the audience knows it doesn't work that way. 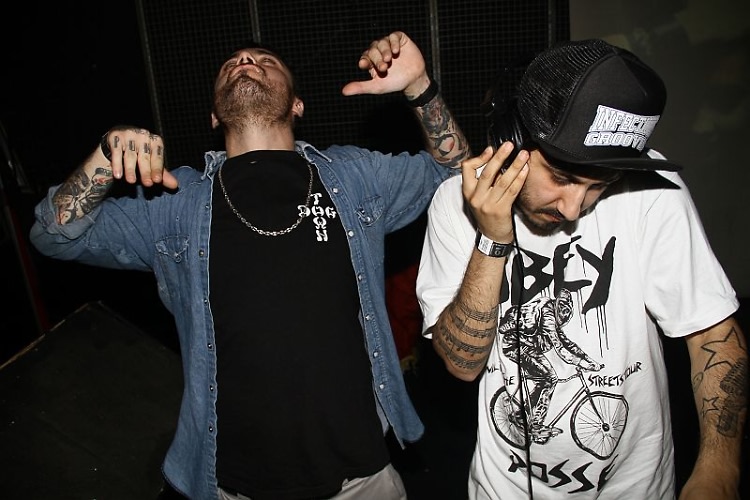 A monster looms behind our oblivious protagonist.

He gives into his dark desires and drinks the blood. (That's actually Jaegermeister. The Jaegermeister girls are back. They're everywhere. JUST LIKE ZOMBIES.) 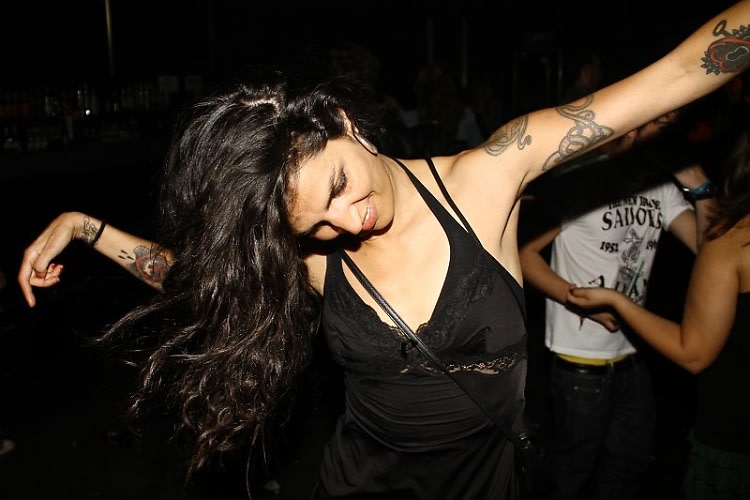 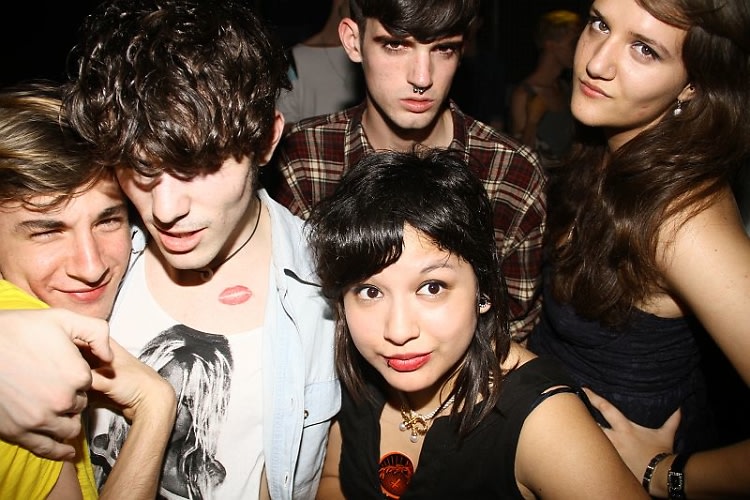 A variety of people appear as angry- or stunned-looking zombies, to emphasize that everyone's rising from the dead. 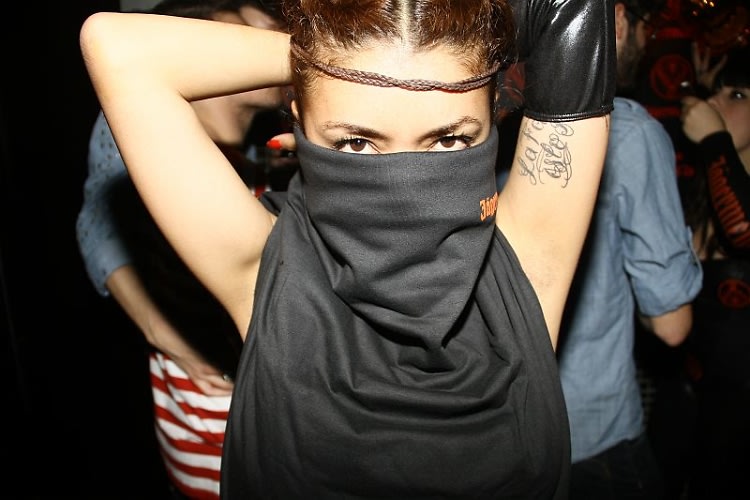 A mysterious woman appears. Is she a villain? Totally. 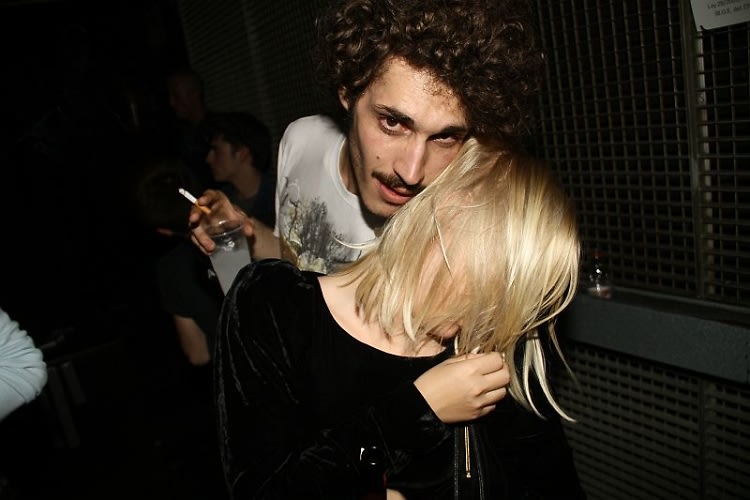 The skeevy older guy is all, "But Betsy, you'll like it," and Betsy is like, "Why am I beset by both supernatural and human ghouls? Oh, because it's a metaphor." 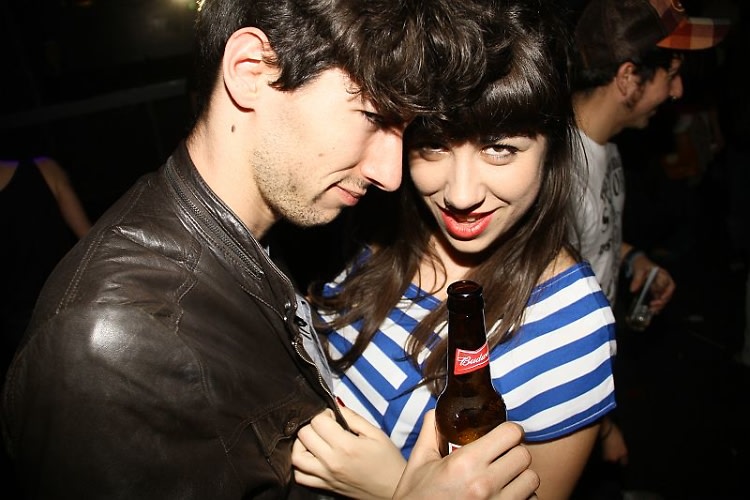 They look like they're about to get down and dirty, so someone's going to die soon. Ominous music kicks in. Wait a minute . . . 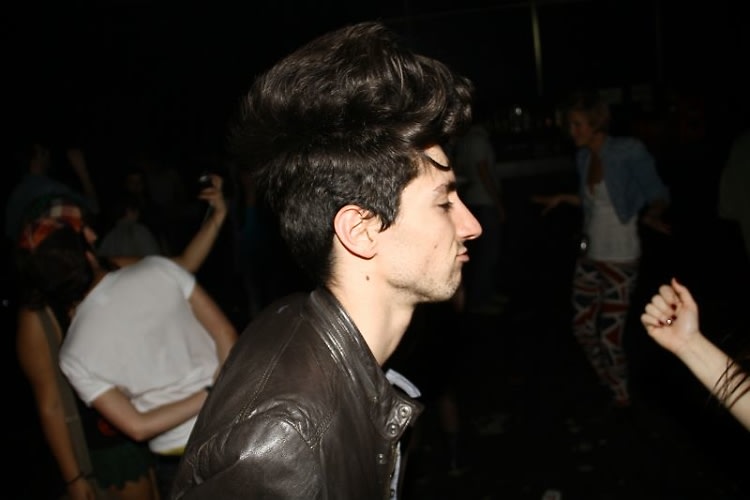 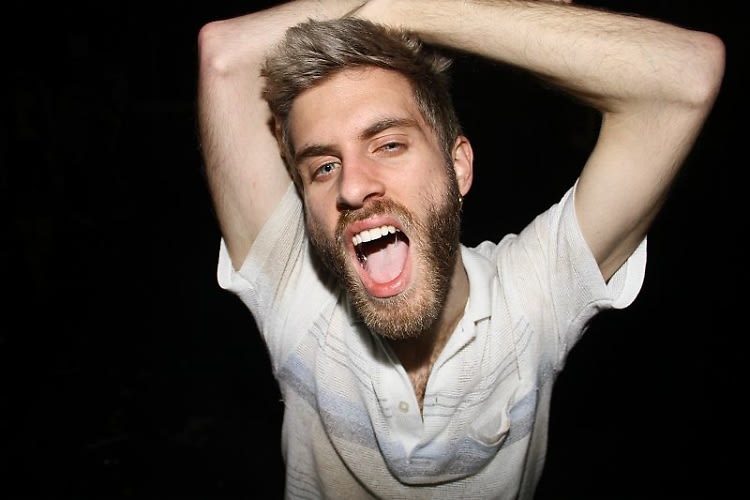 And that's Taylor Lautner the Werewolf. 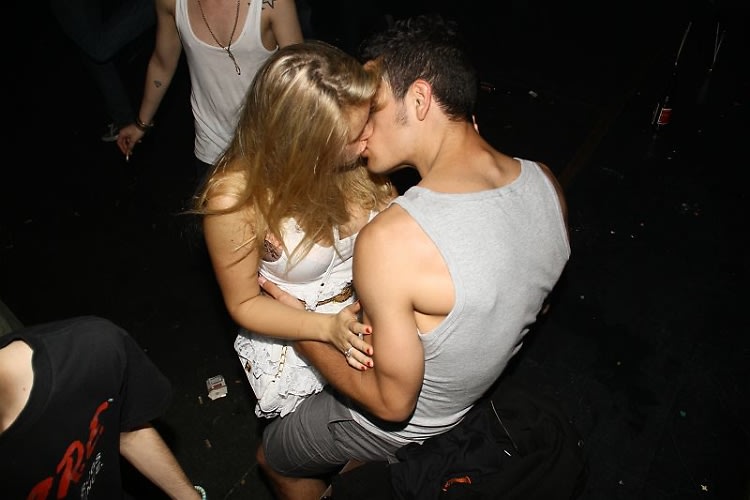 No! Don't do that! You're guaranteeing a bloody ending. 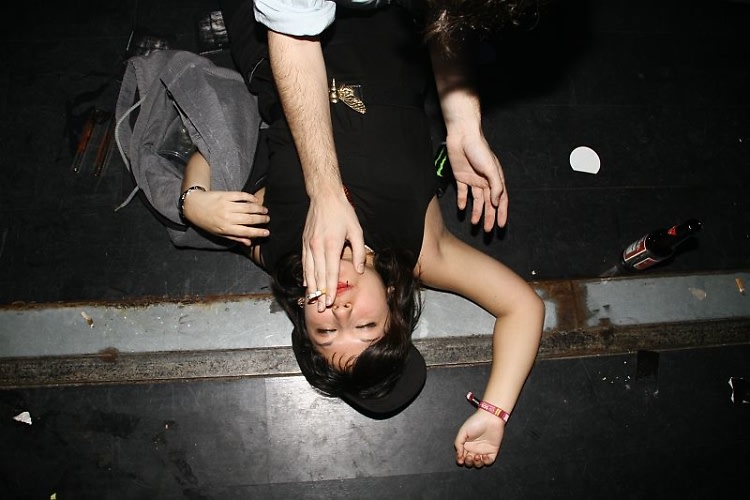 She gave into carnal teenage temptation. Pwned by a horror cliche. 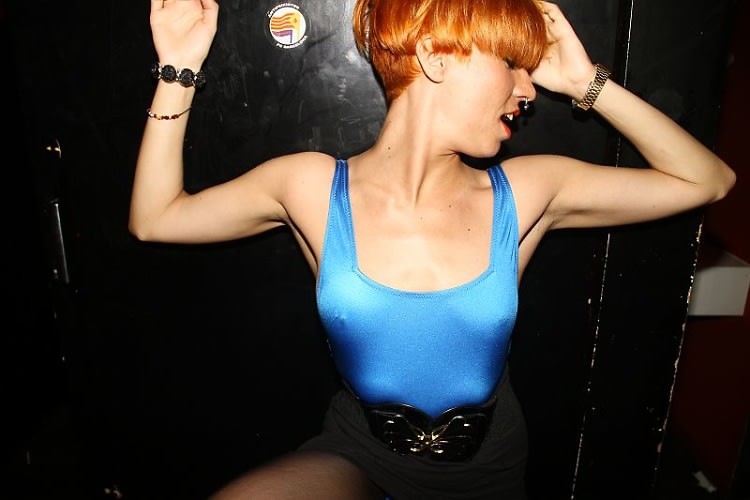 Man, everyone wants to be the next Jamie Lee Curtis.

[All photos courtesy of icanteachyouhowtodoit]