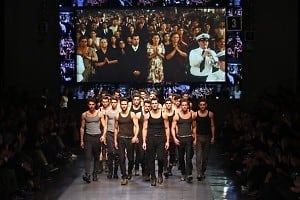 OMG the Fashion Week parade commences. Milan, Italy, lays out the looks (and the men - big thank you from your friends here at GofG), which will soon make their way to Midtown. Could we be more excited?

Join us as we tent hop from D & G to Burberry, Zegna, Cavalli and Gucci. Wear your smartest heels.

Dolce & Gabbana really did one for the girls and the social gays. If there was fashion to observe, it was lost in the expertly sculpted pectorials and underwear (other people might not be as easily distracted as I am). 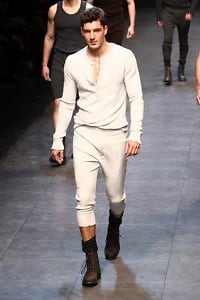 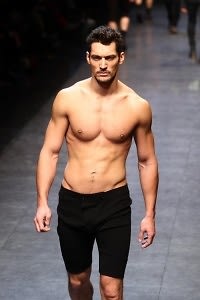 Christopher Bailey continues breathing new, fresh energy into the classic Brit Burberry label (please, if you say "berry" as in the fruit, please ask someone for pronunciation assistance, unless you are a rapper, in which case you have purchased the right to mispronounce), as displayed by the new colors and collars on the classic trench, as well as casual, understated sweaters to complement. 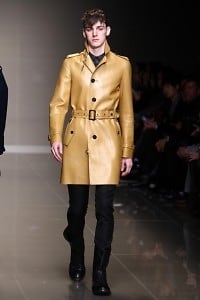 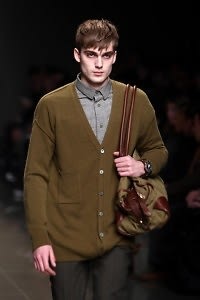 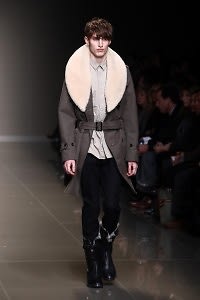 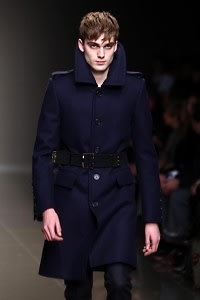 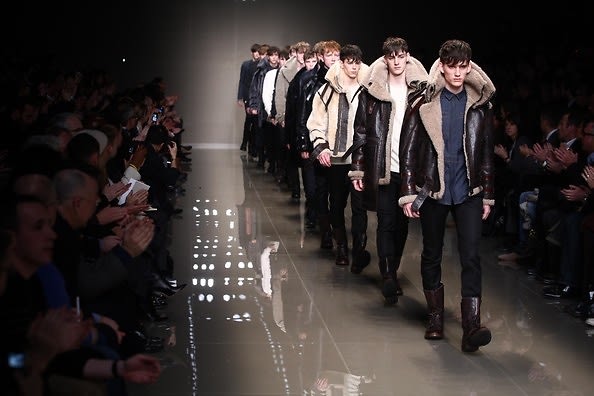 I have always loved Zegna. It all started because my father favors the brand (never trust someone that isn't Italian with a smart suit...), then I began to note the exquisite tailoring and clean lines, and finally I realized it is one sphere within the world of fashion where one can track down the all-too-elusive straight male! The show in Milan was pleasantly lacking in pin thin models clad in tapered or euro-style super fitted suits. What is the allure of an emasculated, androgynous male model? I just don't get it. Their absence was almost as refreshing as touches of Mad Men-esque traditional, conservative glamor. Hello, Mr. Pocket Square. How lovely to see you! 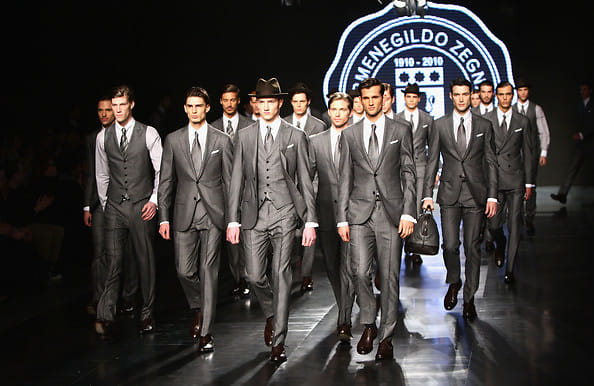 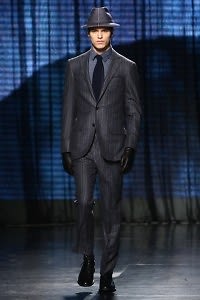 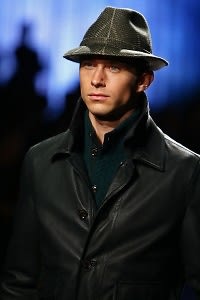 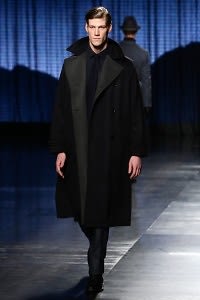 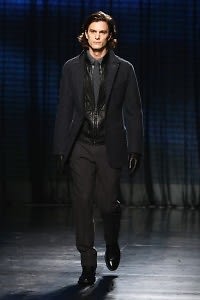 Back to the too skinny men who elicit no type of swooning on my part, we visit Roberto Cavalli. The mini man is further robbed of any masculinity by the shrouds of contrasting and mixed prints. Maybe my sense of taste is off, but I wouldn't talk to these guys at parties, and if I brought one home to meet mom and dad they would likely wonder what rehab program for colorblind schizophrenics had introduced me to this choice catch. Oh, there was man jewelry, too. How could I forget? 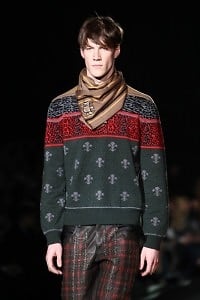 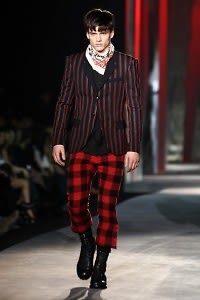 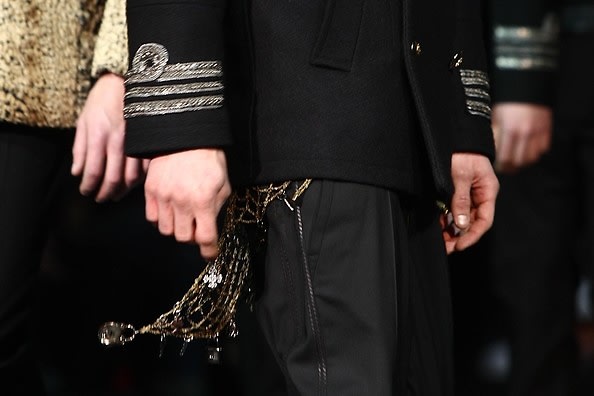 That's enough of that.

And finally, Gucci. The brand leaned toward edgy and touched on some of Cavalli's penchant for over the top prints, but kept shape somewhat less unisex as trends edge away from the short and shrunken. Also, his lean and mean boys strike upon the starved rocker genre with reds and grays, avoiding the dangerous (in my mind) pitfall of an aimless rebel type, which always ends up appearing just generally girly. It's like Pete Doherty being kind of sexy because he is Pete Doherty and does the whole rocker thing. Without the band (and I'm not even a groupie type!) he's just some weird, skinny dude with whom you probably wouldn't share a soda. 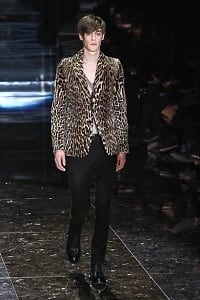 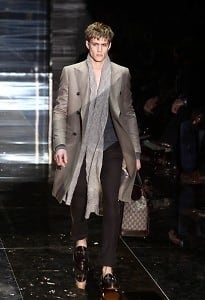 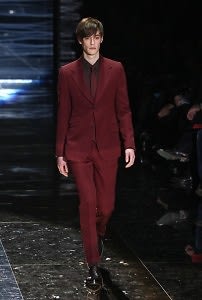 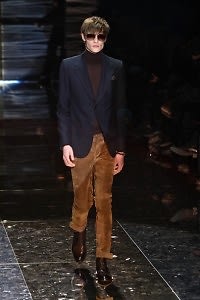 Well, there you have it. In a short month the catwalks will grace an all-too-eager Bryant Park with their fashions, so order up a salad, hit the gym and storm the stores: as we all know, New York has a few Christmases, and Santa looks way better in designer.