[Katrina Bowden shops the racks at the 6th Annual Lucky Shops] Although the Hamptons' coveted Super Saturday shopping extravangaza only comes once a year, Lucky Shops is Manhattan's next best thing. And the shopping magazine's 6th annual event only solidified that statement, as designers' set-up elaborate spreads of their merchandise, all up to 75% off for fashion fanatics. -

Over 10,000 consumers flocked to the shops to get their hands on a variety of merchandise from footwear to accessories. Not only were the majority of the prices almost too good to be true, a portion of sales go to the charity Dress For Success (suits for self-sufficiency). Robert Rodriguez had some shockingly low-priced ready-to-wear and Erikson Beamon won for best accessories. Lucky Shops also has a "Jeanous Bar" where for an average of $100 you could snag yourself a pair of designer jeans and have them custom hemmed for you by seamstresses on site. Add in the mini lobster rolls and Svedka lemonade cocktails, and you had yourself some happy shoppers. Not so hot: Jonathan Adler was still overpriced. Especially in comparison to the other finds. Looks like my apartment will be missing out on his gorgeous vases.

But if this isn't enough proof, don't take my word for it; Celebrities and socials like Lake Bell, Alexandra Richards, Anna Corinna, Becki Newton, Charlotte Ronson, Jessica Szohr, Kelly Rutherford, Olivia Palermo, Rebecca Taylor, Theodora Richards, and Tracy Reese are all supporters and shoppers of Lucky Shops. Even a star can spot a good deal when they seem one. 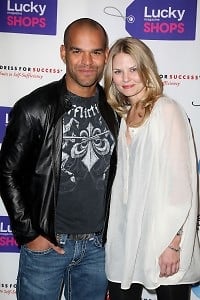 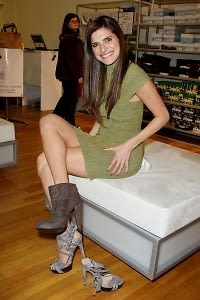