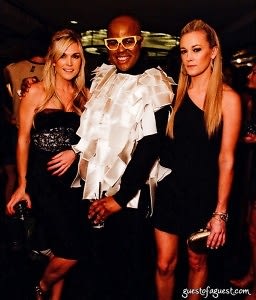 For the BBBM (Big Beautiful Black Man) there is but one icon to which he aspires: Sir Andre Leon Talley. Malik So Chic, the self proclaimed "international nightlife and fashion personality", learned early on that emulating Vogue's big man in capes was essential to success in the city but his big glasses and penchant for carrying clutches makes the eccentric, much swathed look his own.

Perhaps the best way to understand how Malik So Chic makes an entrance and name for himself sans his idol's sway with Anna or writing ability is to break down the parts of his Aretha Franklin meets Andre whole.

Most prominent of course, are le glasses. This accessory is more about being than doing - that is, don't expect Monsieur So Chic's signature to contain anything as plebeian as lenses. They do of course, contain rhinestones at times. And cover half his face. Don't understand the point? Too bad, that's just the beginning. 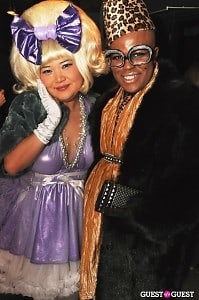 Next in his arsenal is the leopard. Many have said that animal prints belong on two types: society mavens and hookers. I'm not sure which Malik is, but he makes pelts a near constant accoutrement of the faux variety.

What man is complete without his clutch? Someone with Chic's outre taste does not settle for a duck tape billfold when the world is flush with sleek leather clutches perfect for holding one's lipstick or an extra eyeliner to draw on a mole that would make even Cindy Crawford jealous (really, look...it moves. That's either a tick he can't get rid of or homeboy draws that sh*t on and can't remember where it goes).

Perhaps Malik shies away from large bags because he needs room on his arms for significantly more attractive fare - he always seems to find himself nestled between a variety of man candy.

As many a little girl learned during dance recitals, sequins are great because when the lights hit them you are the center of attention. Never one to let a valuable lesson pass him by, Malik doesn't mind draping himself in a sheet of discount sparkle fabric, throwing on a tasteful plastic "diamond" and puffing on an (outlawed!) smoke from his casual, "this ol thing?", rhinestone encrusted cigarette holder. I think he's a bit confused about what exactly "letting your inner beauty shine" means, but as the probable inspiration for his moniker proclaims: Le Freak, C'est Chic.

See Malik in the trailer for High Society HERE, and tune in on March 10th! 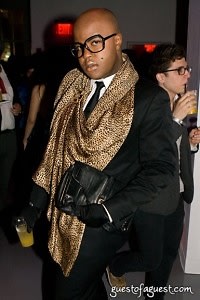 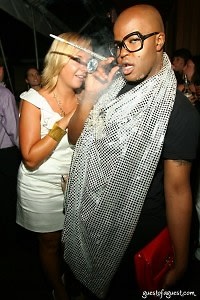 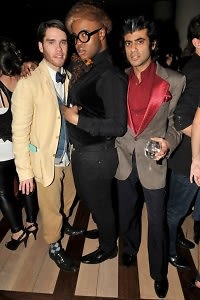 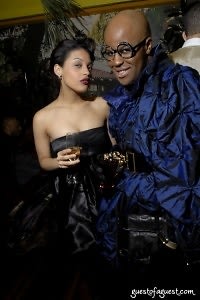