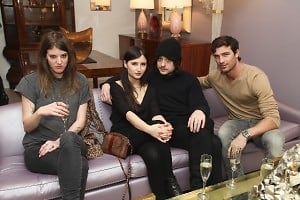 Kelly Cutrone, PR maven and The City's toughest boss, showed up Tuesday night at Craig Van Den Brulle's SoHo showroom to toast the designer and assuage fears that she is as terrifying in real life as she is on TV. So...what was the point of this party?

Turns out there was no real purpose for it, and that's what's great! Van Den Brulle and his team host monthly gatherings of art, media, and fashion fixtures to introduce their upscale furniture collection to a more "downtown" crowd who will appreciate the designer's Deco and modern wares (and, of course, food, drink, and photo ops).

The party was hosted by artist Neil Grayson, but all anyone wanted to talk about was the upcoming premiere of Cutrone's reality show Kell On Earth, to begin its run on Bravo next month in conjunction with that other mid-winter circus, New York Fashion Week. Those who have already seen clips of the show promise that it will show a softer side of Cutrone (but when pressed for details they were unfortunately tight-lipped). Catered by Peasant, the event attracted an eclectic mix of socials and People's Revolutioners, including "It Girl" Becka Diamond, actor James Ransone, downtown fixture Sebastian Nicolas, and models Jennifer Ohlsson, Emily Hope, and Cory Bond, who confirmed that he would rather be at home on his farm in Nashville than jetting around the globe for next month's fashion blitz. 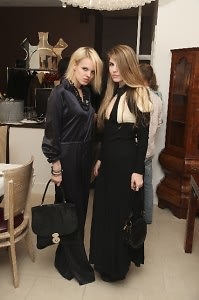 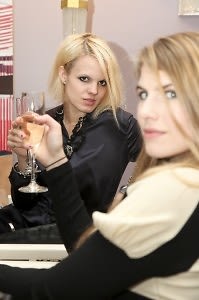 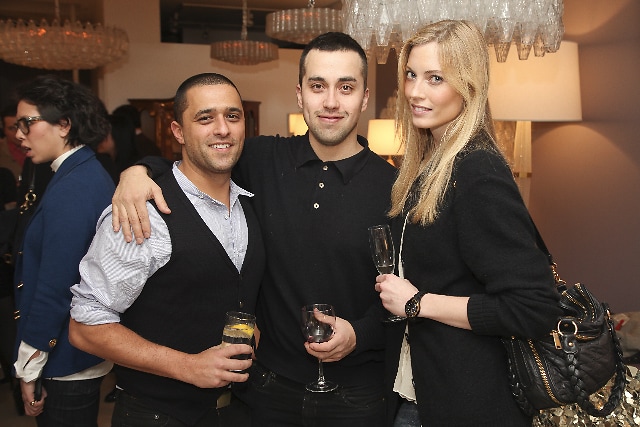