If the running of the bulls in Pamplona, Spain is famous for one thing it's injuries! It used to be known as a religious celebration of San Fermin a Saint of Navarra, but nowadays, this aspect has come secondary to partying, music and trips to the emergency room. 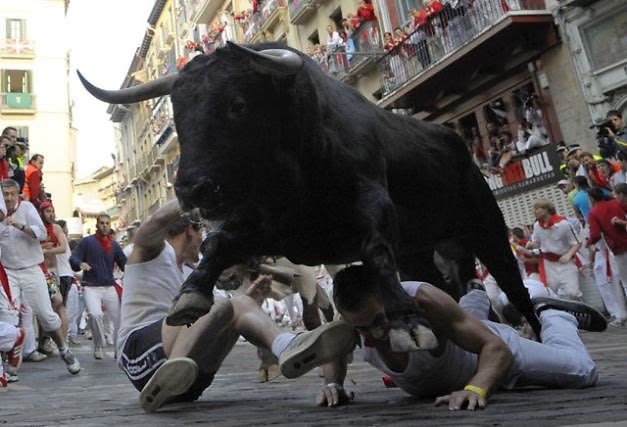 This years total of number people injured during the celebration is 41, however, most were only treated for bruises and cuts in spills.  But that isn't the case for Mikel Sabate, who suffered the years worst injury, a 20- centimeters-deep goring that broke through his diaphragm but luckily it missed his vital organs. He still remains in hospital after a three hour long operation but his life isn't in any danger.

"When you are gored, you feel as if you have been stabbed, like a truck has run over you. My back was covered in blood, but those are the risks of the bull run."- Mikel Sabate 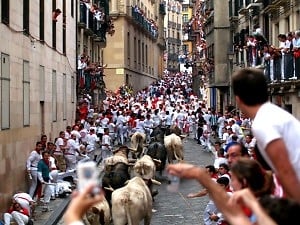 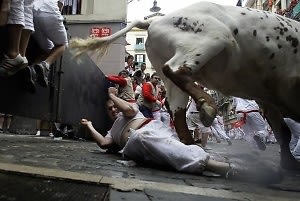 What is a gore?

Dicitionary.com defines it as: to pierce with or as if with a horn or tusk.

And for those of you who need a visual, this is what it looks like.