In the summer every day is a day to party and it was really evident on this Wednesday night. Clothing line launches, birthday parties, movie premieres, nightclub openings and jewelery breakfasts kept New Yorkers especially busy on this past "hump day." Here's the rundown...-

The Grand Opening Of Kovo Supperclub

Last night was the grand opening of Kovo Supperclub located in Hell's Kitchen. This new hot spot is a Moroccan themed tapas style restaurant during the day and a lounge after dark.

One of the many lavish services available is an in house concierge service for all bottle clients including a full fleet of cars to bring guest to and from the venue. Tables have built-in bottle buckets, which is perfect for those drunken stumblers who accidentally knock off your drinks and bottles!! 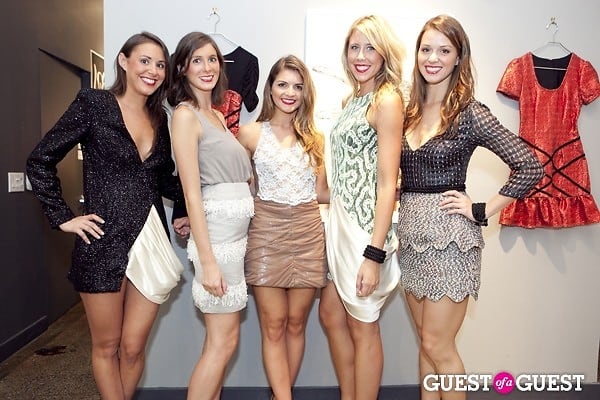 Go HERE for more pictures by Mark Iantosca and tag yourself and your friends!

Yesterday Christina Mannino debuted her new collection DEIVIE at the Lyons Wier Gallery.In addition to displaying her signature line, the party's attendants ate decorated cupcakes and drank a variety of mixed beverages and wine. Guests came to view the special dresses that are meant to make a statement at parties and add spark to every woman's closet.

The dresses lined the walls along side with paintings and pieces of art. Standing out with sparkle, shine, and detail, the classics like the little black dress are transformed through this new collection. Mannino's "mission of creating party attire that makes everyone who wears it feel lovely" is absolutely achieved. 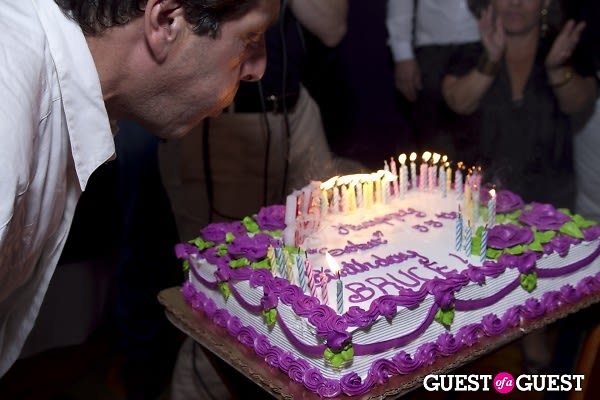 Go HERE for more pictures by Kevin Kane and tag yourself and your friends!

Bruce Lynn, publicist and self-proclaimed bon vivant, celebrated his 55th birthday with an affair to remember last night at Le Cirque. It was a vibrant and exciting evening filled with multiple serenades to the birthday boy, dancing all night, great food, and endless drinking. Drag queens, Go Go boys, and a surprise performance by Randy Jones of the Village People guaranteed a memorable and colorful birthday. To make it even more unforgettable the soiree was filmed by A&E for their new reality series so if you were not on the attendees list, you can get a glimpse of the craziness and fun of Lynn's birthday. 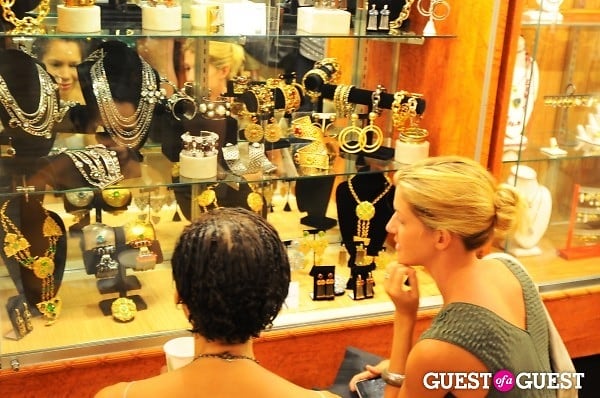 It's never too early for jewelry! Guests visited Fragments Showrooms yesterday morning for breakfast and raffles for some of the showroom's newest designers. With multiple displays and designs, each room was adorned with so many rings,necklaces, bracelets, and earrings that there was no thoughts of eating. GB Couture, Accessories and Beyond, Anton Heunis Millianna, and Isharya were among some of the featured designers and jewelers. Attendees were dazzled by the variety and large selection at the Raffle Breakfast.

The Premiere Of "A Film Unfinished" At MoMA

Go HERE for more photos by Stephanie Ketty, and tag yourself and your friends!

At the end of WWII. 60 minutes of raw film were discovered in an East German archive. The film carefully notes fictionalized sequences (including a staged dinner party) falsely showing "the good life" enjoyed by Jewish urbanities.

A Film Unfinished tackles a propaganda film shot by the Nazis in 1942, which portrayed life in the Warsaw Ghetto in a falsely positive light. Hersonski interviews ghetto survivers and some of the film's original cameraman to shed fascinating light on The Nazi State.