Carrera Sunglasses definitely chose the right weekend to host their annual Carrera Escape party, as guests enjoyed 2 days and 1 night of non-stop sun and great weather at the Mondrian Soho Hotel. Attendees, including Penn Badgley and Dianna Agron,  hung out and relaxed for the weekend. 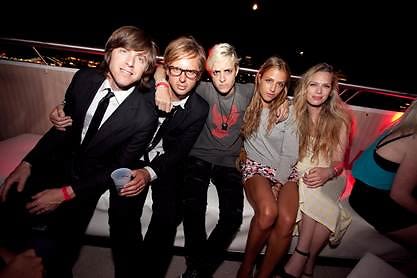 The atmosphere at the Penthouse was upbeat as dance music blasted in the outdoor section, despite most people opting to just lounge on the comfortable sofas, get a tan, and enjoy the beautiful views of all the surrounding neighborhoods and bridges.  You would have thought that this was a pool party with the amount of people walking around in bikinis and swim trunks despite there not being any pool in sight. But, it was the perfect weather to let loose on the roof and get that much needed tan.

As an alternative, there was also an indoor section, which was naturally much cooler and quieter, where you could come in to get away from the sun, grab some light appetizers and Pop Chips, drinks, or even enjoy a short complimentary massage from the Equinox team. There were stations set up showing off Carrera sunglasses, MiO liquid water enhancer, and a music station with Ludacris's new Soul Headphones. 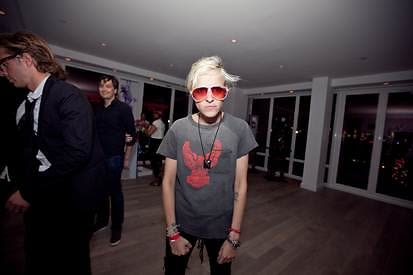 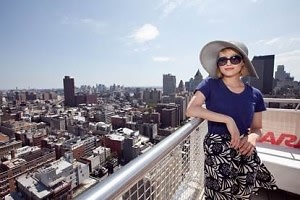 Sunday afternoon brought a great crowd and by all accounts though the Saturday crowd was several times larger, with the ight party filling up to capacity and leaving a line waiting around the block. Penn Badgely, Dianna Agron, Sam and Charlotte Ronson and Christina Siriano, who was spotted getting down to Britney Spears.