Go HERE for more photos by Shaun Vakil and tag yourself and your friends!

On Sunday, Hublot hosted a live screening of the FIFA World Cup Final at the ballroom at Cipriani Wall Street. So while most of us were being smothered by the soccer crowds in the city's Dutch or Spanish bars, Damon Dash, Beatrice de Quervain, and Ignazio Cipriani celebrated Spain's victory with a few close friends, and a medley of ridiculously large hats. 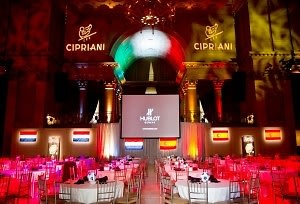 Hublot is a Swiss luxury watch maker specializing in the fusion of art and time pieces to the tune of tens of thousands of dollars. So if you thought that the inflatable soccer balls hanging all over the city's pubs were fancy, then you should have gotten a load of Hublot's beautifully decorated and appropriately themed Cipriani ballroom.

Obviously Hublot and Cipriani get snaps for putting together this exclusive party, but the biggest hit of the night - aside from the private viewing of Hublot's summer collection - was the foam cowboy hat sported by many of the event's attendees. 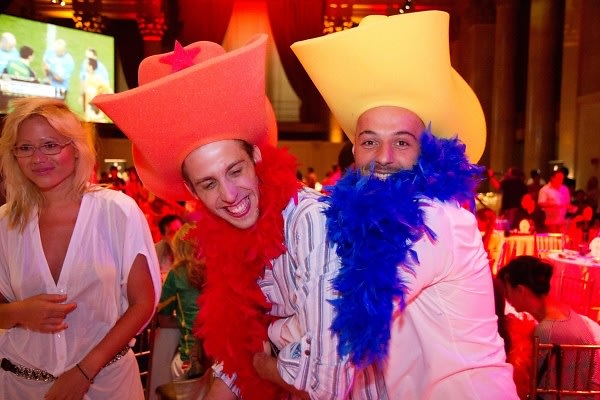 Yes the likes of Damon Dash, Steve Nash, and Giovanni Savarese were at Cipriani's to watch Andres Iniesta score Spain's historic goal, but guess who wasn't there, or rather what wasn't there in abundance? 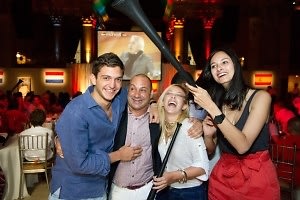 Vuvuzelas. The extremely irritating noise makers weren't as much of a hit at Cipriani's as they were in the Hampton Bays Dayger. Instead, guests seemed to favor feathered boas and blond foam hair over tooting the World Cup's trademark noisemakers. Maybe the quieter and cooler feathered boa will replace the vuvuzela at the 2014 World Cup... 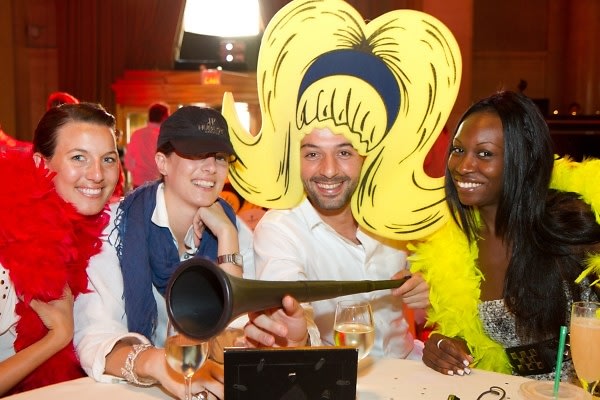 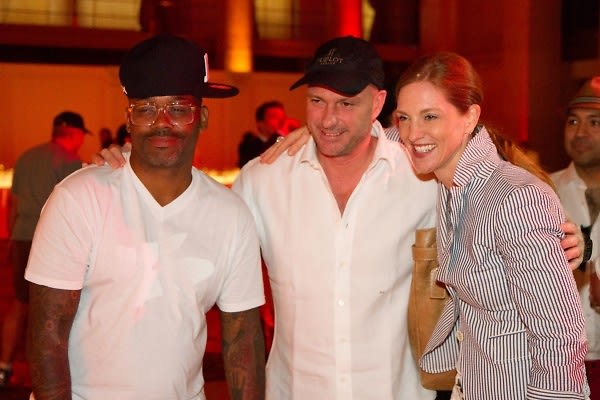 Note: Damon Dash does not need a vuvuzela, or a feathered boa, or a foam head piece.