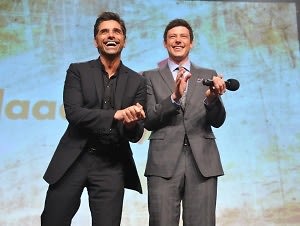 Lady Gaga, ABC World News, Smash, Dancing With the Stars, New York Times columnist Frank Bruni, and the film, Pariah, were among the winners revealed, with additional accolades to be awarded at the GLAAD Media Awards in Los Angeles on April 21 and in San Francisco on June 2.

The night culminated in a fundraising competition between the Glee stars, after Rivera bet that her "sweet lady kisses" would raise more money for GLAAD than Monteith's. After applying a few layers of chap stick, Monteith accepted the challenge.

The crowd went wild when John Stamos stood up and placed a bid for Monteith, and then offered his own lips up for auction. "You can't buy this on Craigslist," the auctioneer quipped. Each star raised $5,000 for the cause, with a man named Valentino giving Stamos a prolonged smooch.

Here's a video of the kissing lineup:

Later, Stamos also scored one of the night's biggest laughs after thanking producers Craig Zadan and Neil Meron for casting him in his first gay role - "Uncle Jesse on Full House."

There was even some potty humor. MSNBC anchor Thomas Roberts joked about meeting his co-presenter, Padma Lakshmi, in the gender neutral bathrooms. "I got pee shy," he confessed, causing the Top Chef judge to burst into laughter. 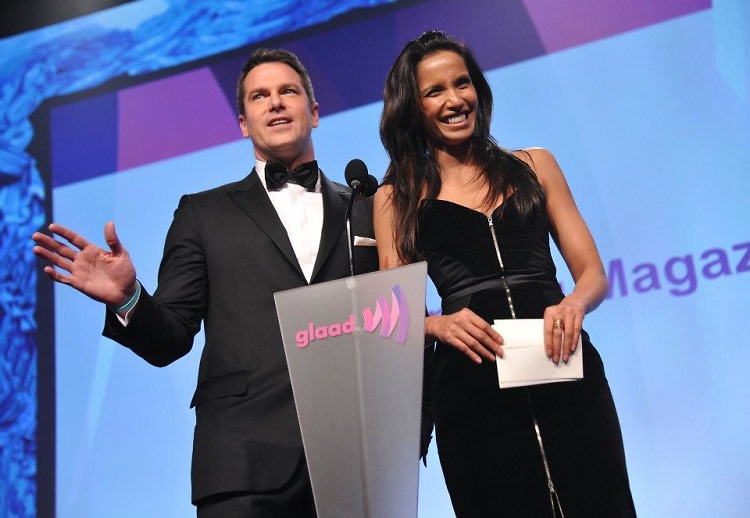 But there were moments of gravity, as well. Zach Wahls, the 20-year-old son of a same-sex couple, received a standing ovation for his speech defending civil unions in the Iowa House of Representatives, which became a YouTube sensation after its posting last year. “Since that speech went viral back in February of 2011, I’ve been all over the country, from California to New York, down to Florida, continuing to share my story and have this conversation about gay marriage or as I like to call it, marriage,” he said.

Harvey Weinstein and 17-year-old advocate Katy Butler also took the stage to urge audience members to sign a petition protesting the MPAA's R-Rating of Bully, a documentary which reveals the shocking epidemic of bullying among American youth. "God must work in mysterious ways to have somebody like me distribute this movie,” he joked, referring to his own reputation as a "bully" in Hollywood. Because of the rating, the film cannot be used as an educational tool in schools, the very system it is trying to reform. 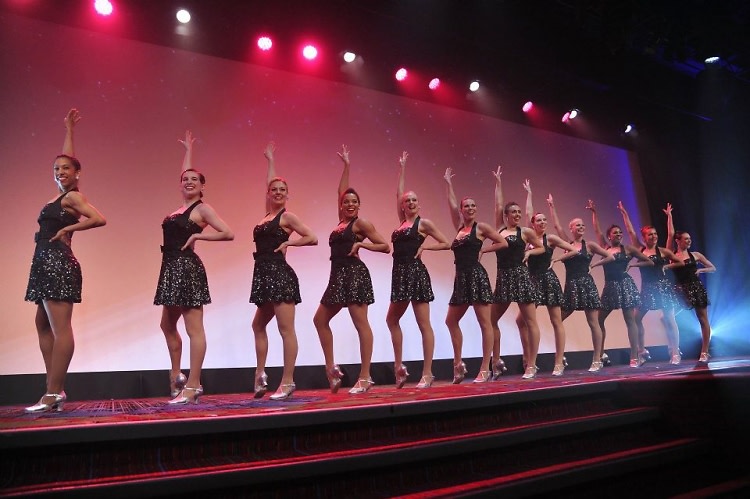 The ceremony ended up with a kick, literally, from The Rockettes, who gave a surprise finale performance. Afterward, guests proceeded downstairs, swag bags in hand, for a cocktail party, which featured drinks poured from over-sized Ketel One ice sculptures, first class treatment from Delta Airlines, and dancing. Mr. Kressley, on the arm of a handsome date, talked about his favorite gay bar: "XL Lounge," he informed, hinting that it might be his final stop for the evening. 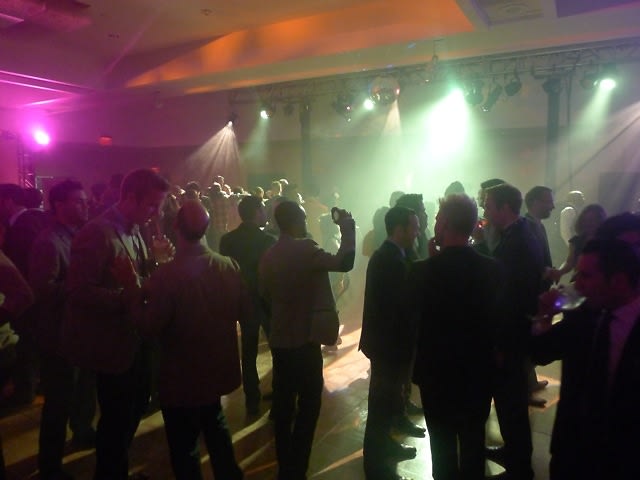